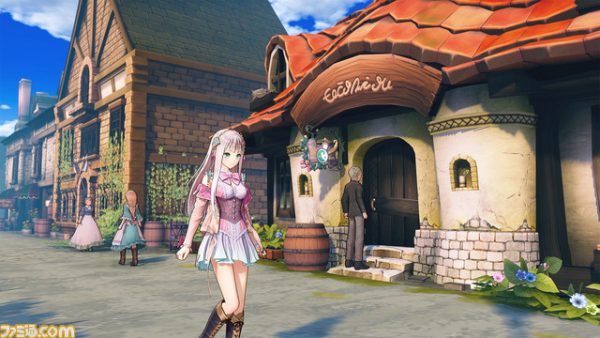 Gust and Koei Tecmo give a short overview on two returning characters for Atelier Lulua: The Scion of Arland from a previous Atelier game.

These characters are Totooria Helmold and Mimi Houllier von Schwarzlang. These veteran alchemists and adventurers have first debuted in Atelier Totori: The Adventurer of Arland. However, no available information has been shared if both gals are playable.

Atelier Lulua: The Scion of Arland will be launching on 20th March 2019 in Japan. Meanwhile, in the west, the game is scheduled to launch in Spring 2019.

Check out the tidbits below:

A student of Rorona, Totori is a highly capable alchemist. She is also Piana’s teacher, with whom she is carrying out activities to spread alchemy across the world. Recently, she is being mindful not to immediately say out loud what pops into her head.

Totori’s childhood friend and a veteran adventurer who works as her convoy. Her spearmanship is top class in Arland. She is still as tsundere as ever.