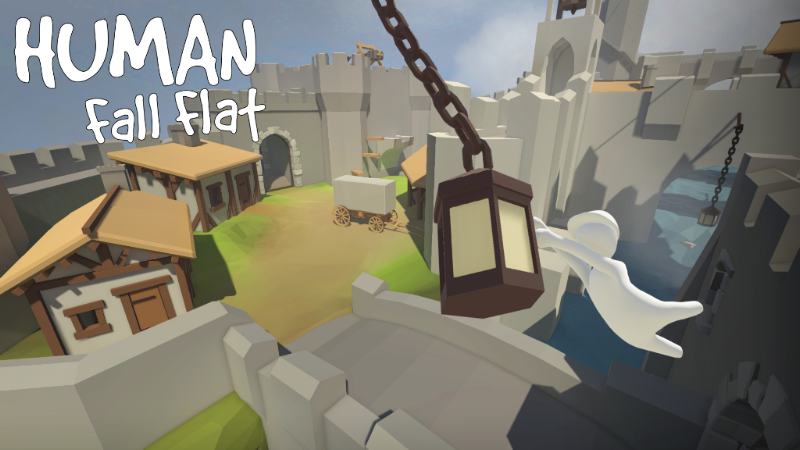 No Brakes Games’ puzzle platform game, Human: Fall Flat has surpassed two million in sales globally acrosss all platforms. The game was released on the Nintendo Switch back in December 2017.

The game had also reached the top 5 on the Nintendo Switch eShop when launch, briefly “rubbing shoulders” with Nintendo’s Mario

In all, great work to the developers!

London, United Kingdom – February 15th – Award-winning publisher Curve Digital, alongside fan heralded No Brakes Games, are today proud to announce that Human: Fall Flat has surpassed two million global sales across all platforms. Having initially launched on Steam Early Access in 2016, the game has subsequently seen full release on PC, PlayStation 4, Xbox One and, most recently, Nintendo Switch. It also saw a mammoth 8-player online multiplayer patch for PC in November 2017, greatly expanding the audience-base of its wobbly, physics-based hijinks.

To commemorate Human: Fall Flat’s sales achievement, the game will be reduced by 50% on Steam from February 15th. To celebrate Chinese New Year on February 16th, PC players will also be treated to two brand new skins – the dog (as its year of the dog) and Caishen – the god of wealth in China.

Since its release in 2016, Human: Fall Flat has made repeated success out of Bob’s building failures. The game has reached the top 5 of the Nintendo eShop in Europe, USA and Japan, rubbing shoulders with a certain other moustached handyman. Meanwhile on the PlayStation Store, the game made the December sales top 10 in the USA, bringing a splash of slapstick physics-based comedy to the chart. Human: Fall Flat is also one of the 2018’s most played games on Steam.

“Human: Fall Flat’s journey has been, at times, confounding but never less than welcome,” said Tomas Sakalauskas. “The idea that the game started out as a solo-development endeavour and now incorporates over two million players worldwide is amazing. I’ve always tried to listen to the fans and bring their ideas into the game where feasible and where it chimed with my original vision. Bob, I suspect, is similarly bowled over.”

“We’re thrilled for Tomas, everyone at Curve and the now millions of players worldwide enjoying the wonky, physics-based fun, said Managing Director at Curve Digital, Jason Perkins. “Tomas has achieved success through exceptional hard work and by listening to the game’s community. It shows the potential of iterative design and how a strong voice can resonate with players in a crowded marketplace.”