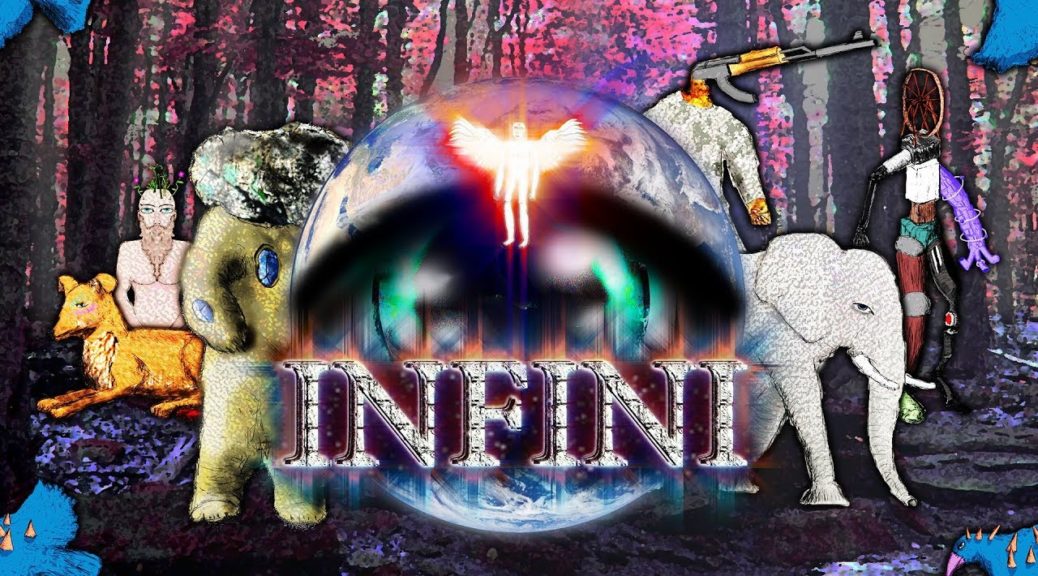 Infini, a game where you will encounter rigorous puzzles in 10 different worlds, is scheduled to launch digitally in Q1 2020.

Infini, the psychedelic puzzle adventure from developer Barnaque and publisher Nakana.io, will launch on Nintendo Switch, PC, and Mac in Q1 2020.
Integrating an outlandish narrative with rigorous mind-bending puzzles, Infini walks a fine line of meditative and chaotic. Standout visuals and concepts are used to create an imaginative and surrealist world where concepts like Poetry, War, Time, and Hope are personified. After being catapulted into Infinity by War, Hope must find his way back to the real world before it begins to suffer from his absence.
Hope must avoid obstacles to reach the next level as he falls endlessly through an eccentric alternate realm. Each world harbors new abilities, themes, and opportunities to explore the multiverse and its bizarre personalities. Meet helpful allies and deceitful foes as Hope learns who to trust while lost in Infinity.
Barnaque is creating the ominous soundtrack themselves, with more than 20 original songs bringing life to the metaphorical world of Infinity. Their psychedelic imagery and hand-drawn cinematics paint the landscape for the unsettling fate that threatens Hope. Prepare to drift straight into the madness they’ve created and escape Infinity early next year.
Infini Key Features:

“We are always striving to push limits and break boundaries with our narratives and gameplay,” says David Martin, Co-founder of Barnaque. “Our goal with Infini is to destabilize players by throwing them into an unknown world of surprise.”