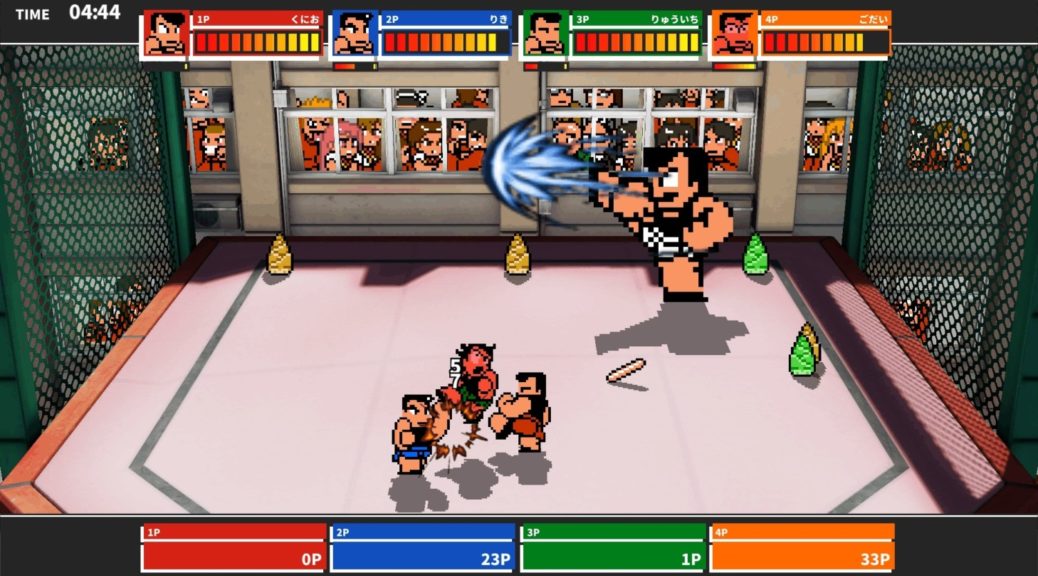 Now, Arc System Works has shared a few details regarding the upcoming enhanced version of River City Melee: Battle Royal Special. This new entry in the Kunio-kun series has new features which include a new item, a new game mode, a new game element.

The player that eats it will become gigantic!?

A battle mode where defeated teammates change characters on the spot. There may be also special gimmicks depending on the stage.

Assemble your favorite characters to create a dream team!

Other new elements will also be added! Look forward to more information in the future!