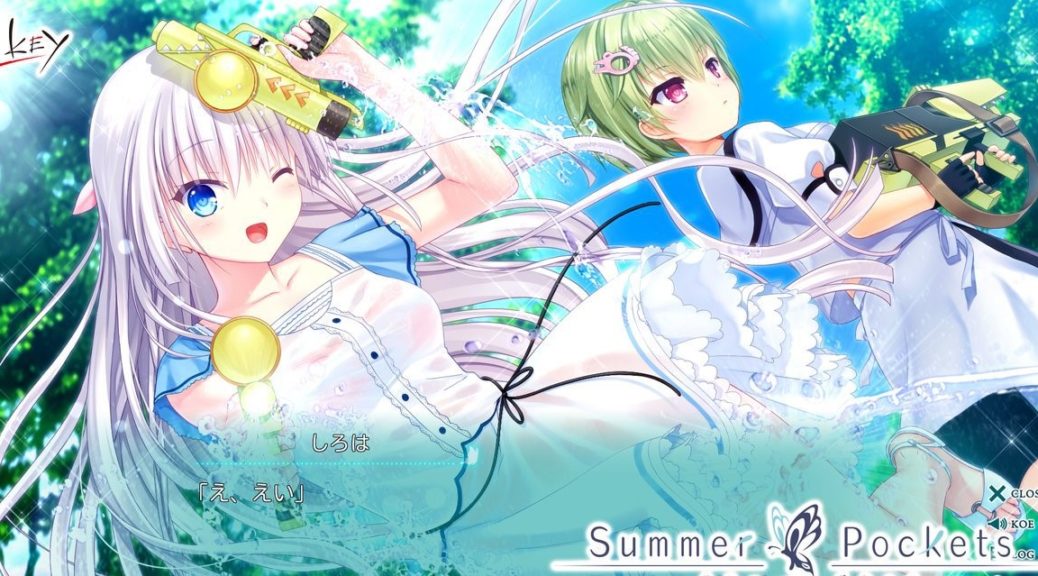 A new title will be joining the roster of increasing visual novels on Switch.

This week’s Famitsu issue features a romance visual novel, Summer Pockets, due out on Spring 2019 in Japan. Previously developed by Key for PC earlier this year, Publisher Prototype will now be bringing the game on Switch.

Here’s what the game is about:

Summer Pockets is set on an isolated, rural and peaceful island on the Seto Inland Sea called Torishirojima, which has a population of about 2,000 people. The protagonist is Hairi Takahara, a young man not native to the island. Hairi grew up in an urban setting, but after an unpleasant incident, he uses the recent death of his grandmother as an excuse to come to the island to take care of her estate sale. Once there, he gets to know four girls who are the focus of the story. They include Shiroha Naruse, who forgot her summer vacation; Ao Sorakado, who is pursuing the legends of the island; Kamome Kushima, a high-class girl looking for a pirate ship; and Tsumugi Wenders, a younger girl trying to find herself.