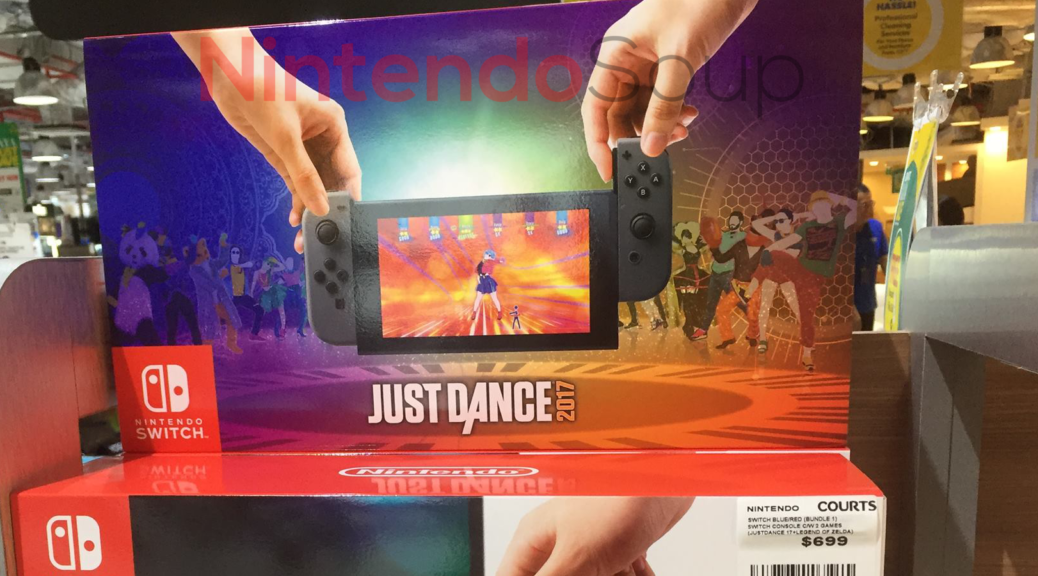 In Southeast Asia, a Nintendo Switch bundle that isn’t available anywhere else has been spotted on store shelves. Similar to Russia’s Mario Kart 8 Deluxe Switch hardware bundle, the Just Dance 2017 bundle is offered in both Grey and Neon Blue/Neon Red. We’ve never heard of sleeved bundles for the Nintendo Switch or any other previous Nintendo system, so this is the first time such a thing has happened.

The Just Dance 2017 Nintendo Switch hardware bundle is sold together with a copy of The Legend of Zelda: Breath of the Wild (outside the console box), which retails for SGD699 (USD512) at this particular store.