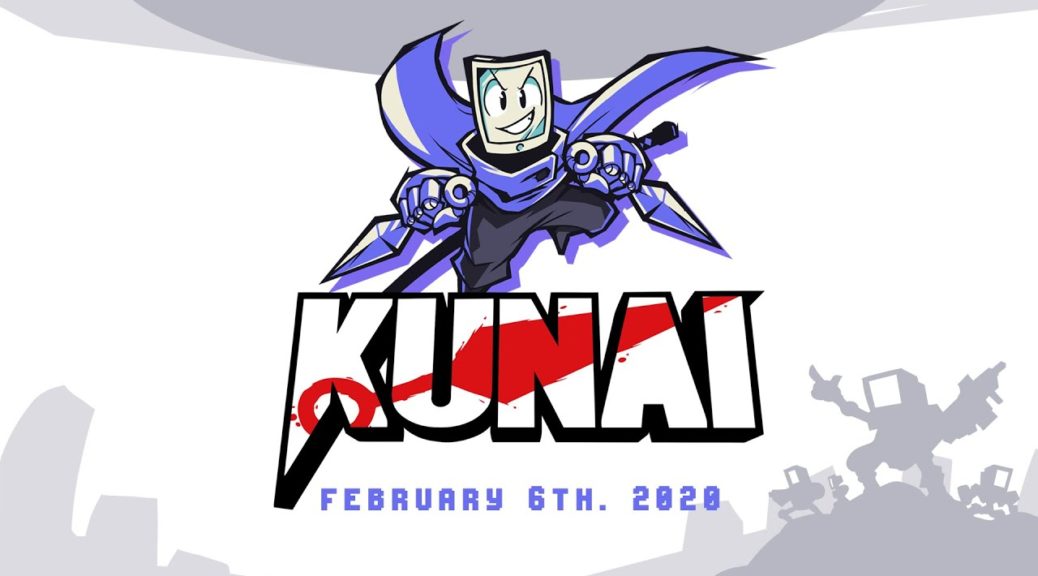 The Arcade Crew and TurtleBlaze have announced action game KUNAI for Nintendo Switch.

The game will release digitally on February 6, 2020 in the west.

Publisher The Arcade Crew and developer TurtleBlaze today announced KUNAI, the action-centric quest to salvage humanity from a merciless AI leading a robot uprising, will reach PC and Nintendo Switch on Feb. 6.

A new trailer was paired with today’s announcement, sharing a glimpse of the pivotal showdowns players will need to overcome to succeed with their mission. Dispatched by their evil commander Lemonkus to curb any resistance to the new mechanically inclined world, these powerful foes will demand faultless reflexes as well as a mastery of blade and bullets.

KUNAI’s adventure through its striking war-torn world emphasizes swift exploration and combat; whether it’s dancing on the heads of enemies with well-timed slashes of a katana, dodging death with grappling hook-esque kunai, or swinging over chasms to discover new areas, KUNAI equips players with an arsenal which makes experiencing every corner of its map a delight.