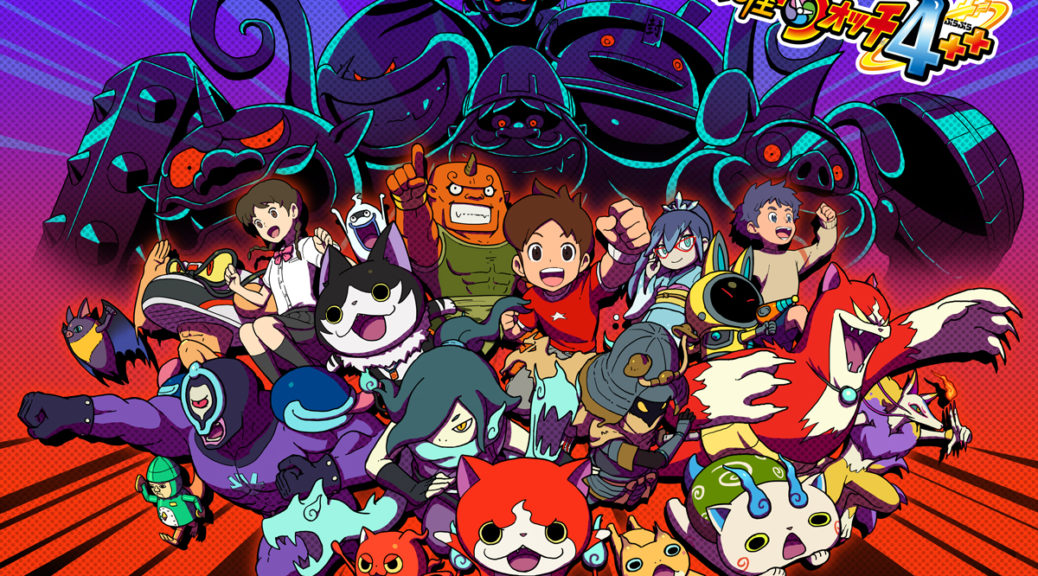 Level-5 has shared a bit more on the new additions that players can expect for Yo-kai Watch 4++, an improved version of Yo-Kai Watch 4.

In particular, the team has touched up on the characters from the upcoming movie and the new anime who will be appearing in the game. An improved multiplayer experience, allowing both online and local connectivity, will be available for up to four players.

Additionally, new quests which open up new stories will allow players to befriend more yo-kais. But that’s not all, more new yo-kais have also been revealed which you can read up in more detail below.

Yo-Kai Watch 4++ will be launching in Japan this December.

Learn more about it below:

A new illustration showing the kids and friendly yo-kai working together to stand against boss yo-kai. ■ Human Characters Being “Possessed”!? The Protagonist of the Movie and New Anime Appears in “Purapura Blasters”!

In the newly added multiplayer mode “Purapura Blasters,” you start from the “Blasters Hell Base” in the new area “Cauldron-Boiled Hell” (Kamayude Jigoku) in the Yo-makai world. Only yo-kai that are playable in Blasters will appear. Choose your favorite yo-kai and take on a mission! Up to four players can play together cooperatively, whether through local correspondence or via the internet. You can also play on your own. In Blasters, a great number of enemy yo-kai will appear. While fighting alongside friends to defeat them, aim for the boss yo-kai that lies ahead. You can exchange the Oni Orbs obtained on missions for level-ups and exclusive items. Additionally, human characters including the Watchers will also appear in Blasters. You can control these characters by possessing them. When you spot a human character, possess them to borrow their strength! In the battle at the bath house in the new “Blossom Heights” area, Nate (Keita) and the others will be wearing their swimsuits. Multiple new quests have been added, and among them are new stories surrounding Natsume and the Yo-kai Detective Agency, as well as Shin and company. By clearing each quest, you can befriend the yo-kai Shien and Fukurou, who appeared as bosses in Yo-kai Watch 4, as well as super powerful yo-kai like Shuka, Gentou, Hakushu, and Kuuten. Furthermore, there is a quest by which you can obtain special equipment that lets Enma transform into Yami Enma. Strong-looking new yo-kai and returning yo-kai have been added. Here is a look at some of them. The physical edition of Yo-kai Watch 4++ includes the “Jibanyan & Jinpei Yo-kai Y Medal.” By scanning this in the game, you can get a special weapon themed after Jibanyan and Jinpei called “Nekoken: Jibanyuckle” (Cat Fist). Additionally, you can scan it once a day to receive other useful items. Which will for sure be of use in Pura Pura Blasters. Quantities are limited, so be sure to pre-order it while you can. *In order to obtain the “Nekoken: Jibanyuckle,” you must download a free update after purchasing the game.