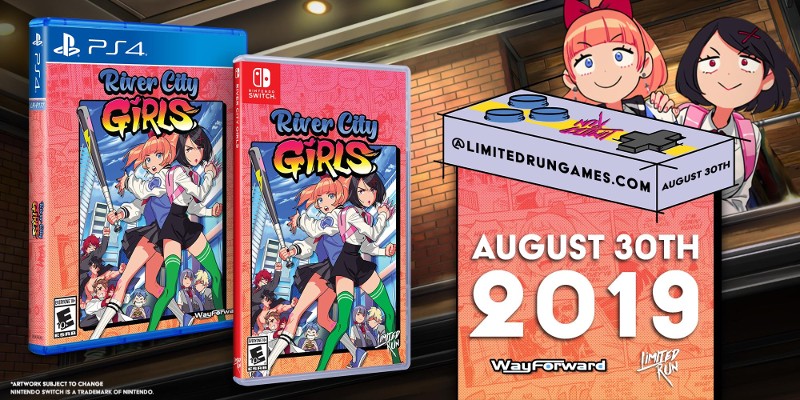 Excited for the upcoming River City Girls by WayForward and Arc System Works? Soon you’ll be able to add it physically to your growing Nintendo Switch collection!

Limited Run Games will be opening pre-orders for the River City Ransom spin-off on 30 August 2019 (Friday, 10 am EDT) – which will run for 4 weeks. The pixel-art brawler sees Kunio’s and Riki’s girlfriends rise up to the challenge instead, in an all-new rampage across schools, streets, and more!

Limited Run Games also confirmed that all standard copies of the game from their website will include a soundtrack sampler CD.

Know what would make this better? Having a one-disc soundtrack sampler come with every standard copy of River City Girls… so, yeah, we're gonna do that. ?‍♀️

Looking for the full soundtrack? Stay tuned for more RCG announcements in the coming weeks…

So far, the publisher has not confirmed if there will be a Collector’s Edition bundle. We will report back if and when we hear more.