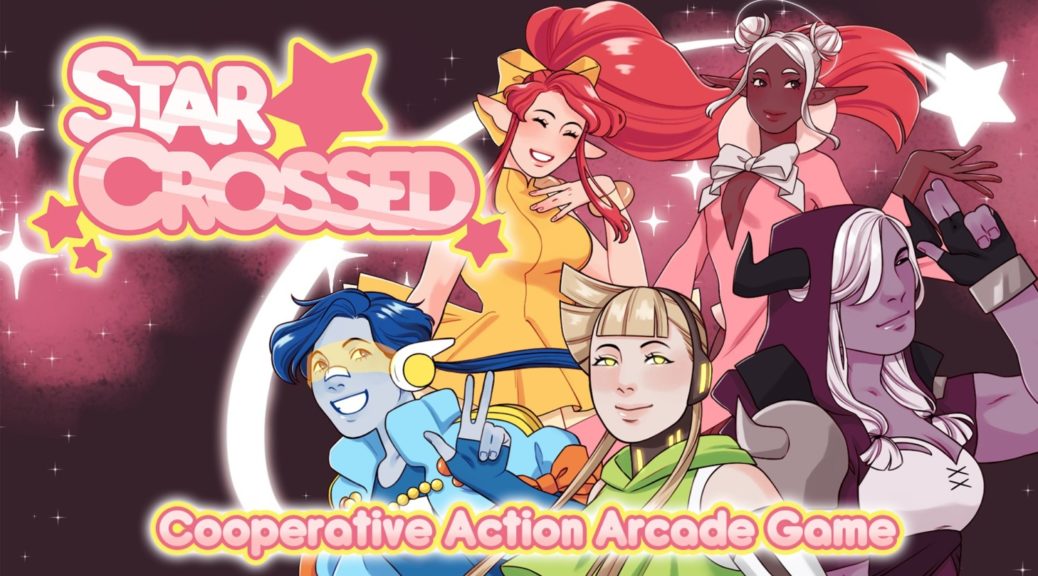 Need something magical to play with a loved one during the current lock-down? This upcoming action game will have you seeing stars!

Contigo Games and Whitethorn Digital have confirmed that their indie hit StarCrossed will be hitting the Switch eShop on 29 April 2020, for $9.99 USD. The game sees players controlling two superpowered warriors in space – as they bounce star power back and forth to destroy their foes!

Contigo Games and Whitethorn Digital are excited to announce local co-op game StarCrossed will release on Nintendo Switch and Xbox One platforms April 29th for $9.99! StarCrossed released for PC, Mac, and Linux to an overwhelmingly positive reception, remains at 100% positive reviews on Steam, and received high praise from press while showing at PAX East with the Indie MEGABOOTH.

“[StarCrossed] shows a lovely, interesting take on teamwork” – Indie Games +
“StarCrossed’s 10 narratives make it just as replayable as its gameplay.” – The Daily Dot
“Gameplay, and the style, aesthetic, and general tone of the whole thing had me interested from minute one” – Nintendo World Report

StarCrossed is an action arcade game with a magical girl aesthetic and a cooperative twist centered around themes of togetherness and unity. Featuring both a Story Mode and an endless Arcade mode, StarCrossed has been designed from the ground up for two player co-op action. Players choose a pair from an inclusive cast of five playable characters, each with their own unique ultimate ability and personality, and see their relationship develop over the course of a space journey filled with adventure and sparkles!

Each character pairing brings a unique perspective to Story Mode, allowing for ten different experiences of the story as they travel from planet to planet, working together to strengthen their bonds and defeat a looming evil that threatens the galaxy!