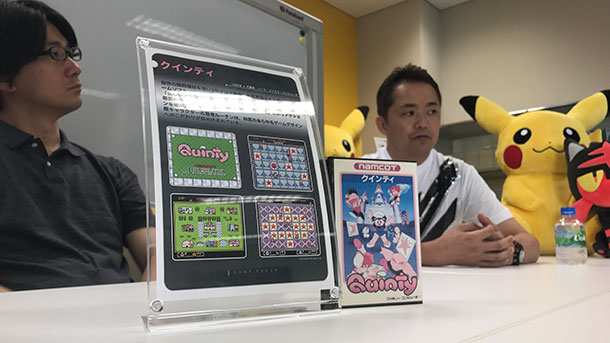 What’s the toughest Pokemon game that Game Freak has ever made? To the company, it wasn’t Pokemon X and Y, which brought the Pokemon franchise into the world of 3D on Nintendo 3DS. It was Pokemon Ruby and Sapphire, the first Pokemon games that made it to Game Boy Advance.

The technical aspect of developing Pokemon Ruby and Sapphire wasn’t a big issue, as the gap between Game Boy Color and Game Boy Advance helped development. The GBA brought more colors, a wider screen, and more sound channels for developers to play around with.

General opinion surrounding the Pokemon franchise, however, was the root cause of making Pokemon Ruby and Sapphire a challenging project. “After Gold and Silver came out, it was a huge hit around the world, but shortly after everyone was saying, ‘That’s it. The Pokémon fad is over! It’s dead!’,” Junichi Masuda said. “It was a very stressful project, for sure.”

“At the time, the atmosphere and general thinking was that the Pokémon fad was over and there was huge pressure to prove people wrong,” Masuda added. When Masuda visited the United States, he noticed all of the toy stores had began to clear out Pokemon stock, and unofficial Pokemon toys sold at mall kiosks were starting to disappear. “The next time I visited it was all Star Wars. Everyone was saying it was on a downtrend, the fad’s over and I really felt that pressure to make something amazing.”

In fact, Pokemon Ruby and Sapphire were meant to be a starting point for the next few games. “When we were first developing it, I had the idea in mind that it would be Ruby and Sapphire, and then the next games, including the titles, would be Diamond and Pearl, and in between we would do the remakes, FireRed and LeafGreen, so we could create this structure where you could take the Pokémon from the Kanto region to the Diamond and Pearl games,” Masuda said.

To add on to the stress, Game Freak discovered that they may not be able to use the Ruby and Sapphire names due to trademark issues, which would have caused problems for the next three games.

The pent up stress caused a deterioration in Masuda’s health, and he had to visit the hospital for a check up. “I got really stressed out and had to the hospital and had some stomach issues and had to get a camera inserted and they didn’t know what it was – very stressful,” he says. “The night before release I had a dream that it was a complete failure, a total nightmare.”

Unlike Masuda, Shigeru Ohmori saw Pokemon Ruby and Sapphire as a “far less stressful” period of his career, as they were the very first games he worked on at Game Freak, thus transforming him from a Pokemon fan to a Pokemon creator.

Despite the general perception of the franchise at that time and stress that had built-up, Masuda didn’t give up, and Game Freak took on the challenge to prove everyone was wrong. “The morning after, the day of release, I went into the local shop and saw people lining up to buy it and was extremely relieved. It was close. Super scary at the time,” Masuda said.

At the end of the day, Pokemon Ruby and Sapphire became the best-selling titles on Game Boy Advance, with around 16 million copies sold worldwide.