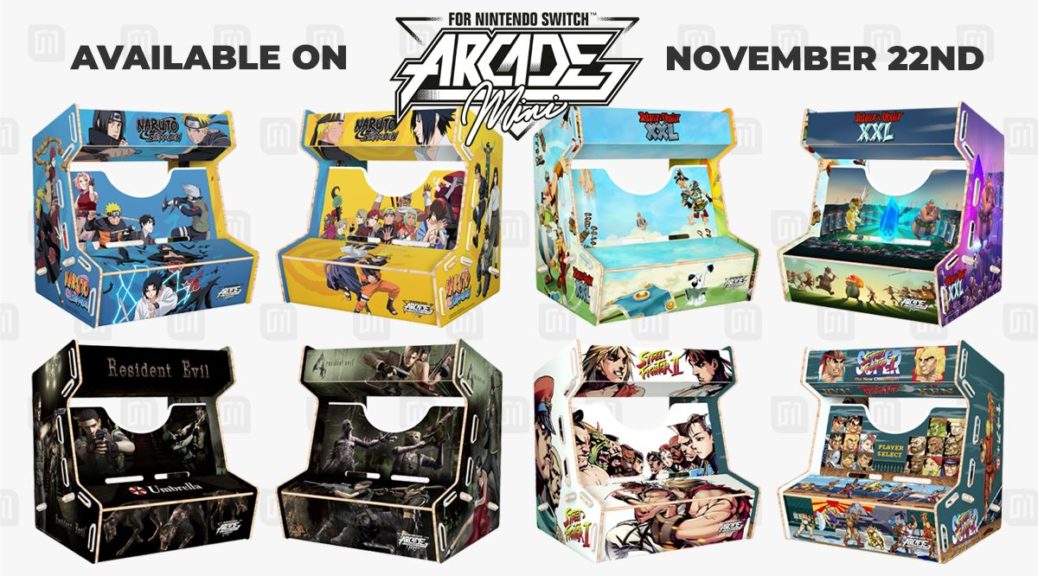 Switch fans have more options to house their consoles soon!

Over on Facebook, Microids have revealed their upcoming designs for the mini arcade machine to house the Nintendo Switch screen. Switch users may now turn their hybrid consoles into a mini arcade when the first series comes out in November.

The revealed first series of the Arcade Mini designs will be based on popular video game franchise such as Resident Evil, Naruto Shippuden, Street Fighter and Asterix & Obelix XXL. In addition, the publisher also teases that more models will be revealed soon.

We may recall that Microids have already released one of these mini arcade machines before, as it was previously included in the Retrollector Edition of Toki.

Check out the designs below: