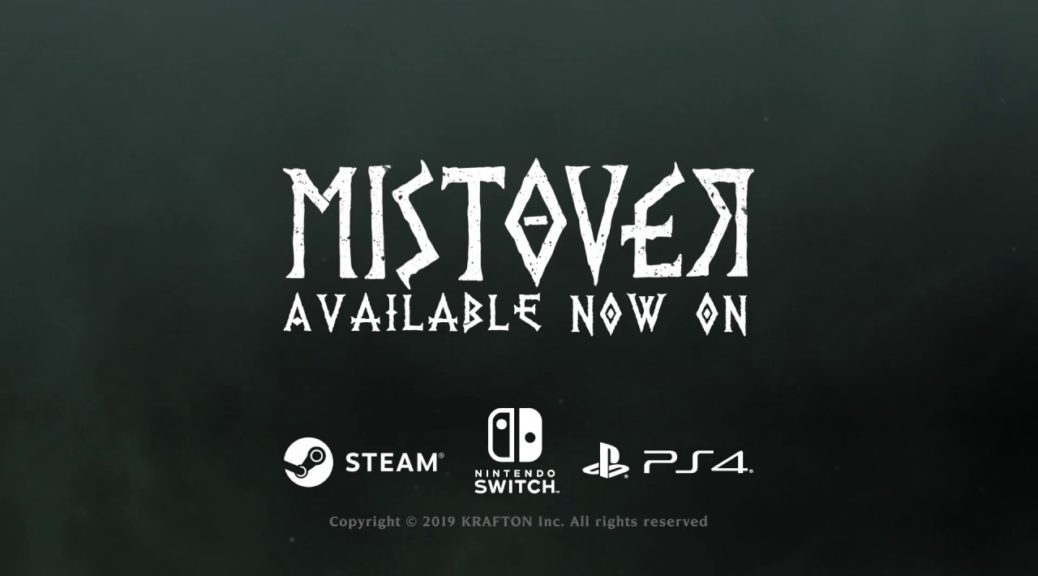 The time has come to explore the deadly dungeons and mysterious mist of MISTOVER!

You can now purchase this brutal, yet stylish, roguelike JRPG from the Switch eshop. To commemorate the occasion, KRAFTON has released a new animated launch trailer which you can check out below:

Players can also download the complimentary MISTOVER demos on all the available platforms. A time trial demo tasks the player with escaping the dungeon in ten minutes, while the full demo introduces the player to the lore of the mist and provides an in-depth introduction to the gameplay mechanics. KRAFTON recently announced that community feedback from the demos have been incorporated in the final product.

Featuring a striking art style that draws from both Western and Asian influences, MISTOVER is a roguelike dungeon crawler RPG with a strategy focused turn-based combat system. Players are charged with managing and leading a Corps crew on an ever-changing dungeon expedition through the Pillar of Despair, unraveling the mysteries of the Vortex to find a cure to the corrupting properties of the Mist that threaten the realm.

About MISTOVER
A massive vortex known as the Pillar of Despair released a thick mist that swept across the small kingdom of Arta, decaying the once lush lands. From this vortex, tremendous creatures known as espers were released destroying everything in their path. As Arta laid on the brink of destruction, all attacks subsided and the Expedition Corps began recruiting members willing to brave the deadly mysteries and effects of what Corps members call the Misfortune Mist.

MISTOVER Highlights Include:
Over 40-hours of expeditions through five distinct regions
Procedurally generated dungeons deliver new expedition experiences every time
Build an invincible Corps by combining and strategizing with eight different classes
Learn and master over 13 unique skills and upgrade equipment to enhance Corps members
Exposure to the Mist affects everything, sometimes in surprising ways, including Corps members, monsters, plants and animals, and even equipment, items, and relics
Unique game systems find players managing internal conflicts between ‘satisfaction’ and ‘greed’
Novice to expert players can set their difficulty with Easy, Medium and Hard levels
Designed for players who like difficulty, MISTOVER is not for the faint of heart – and features a permanent death system