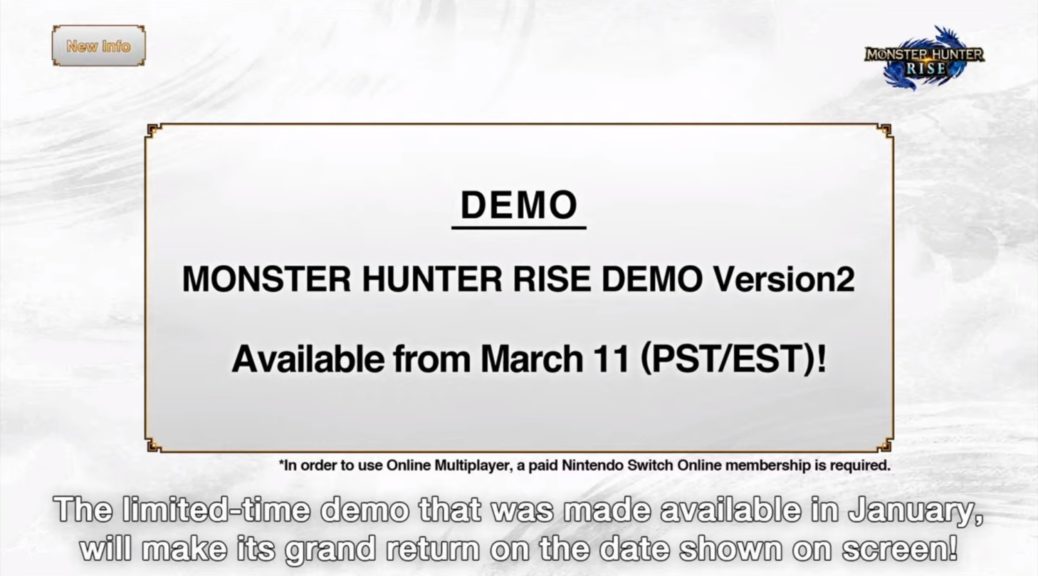 During today’s Monster Hunter Digital Event, Capcom announced that it would be offering a second demo as a free download on 11 March 2021. This demo will be an updated version of the first demo – and it will allow players to tackle the game’s flagship monster Magnamalo! 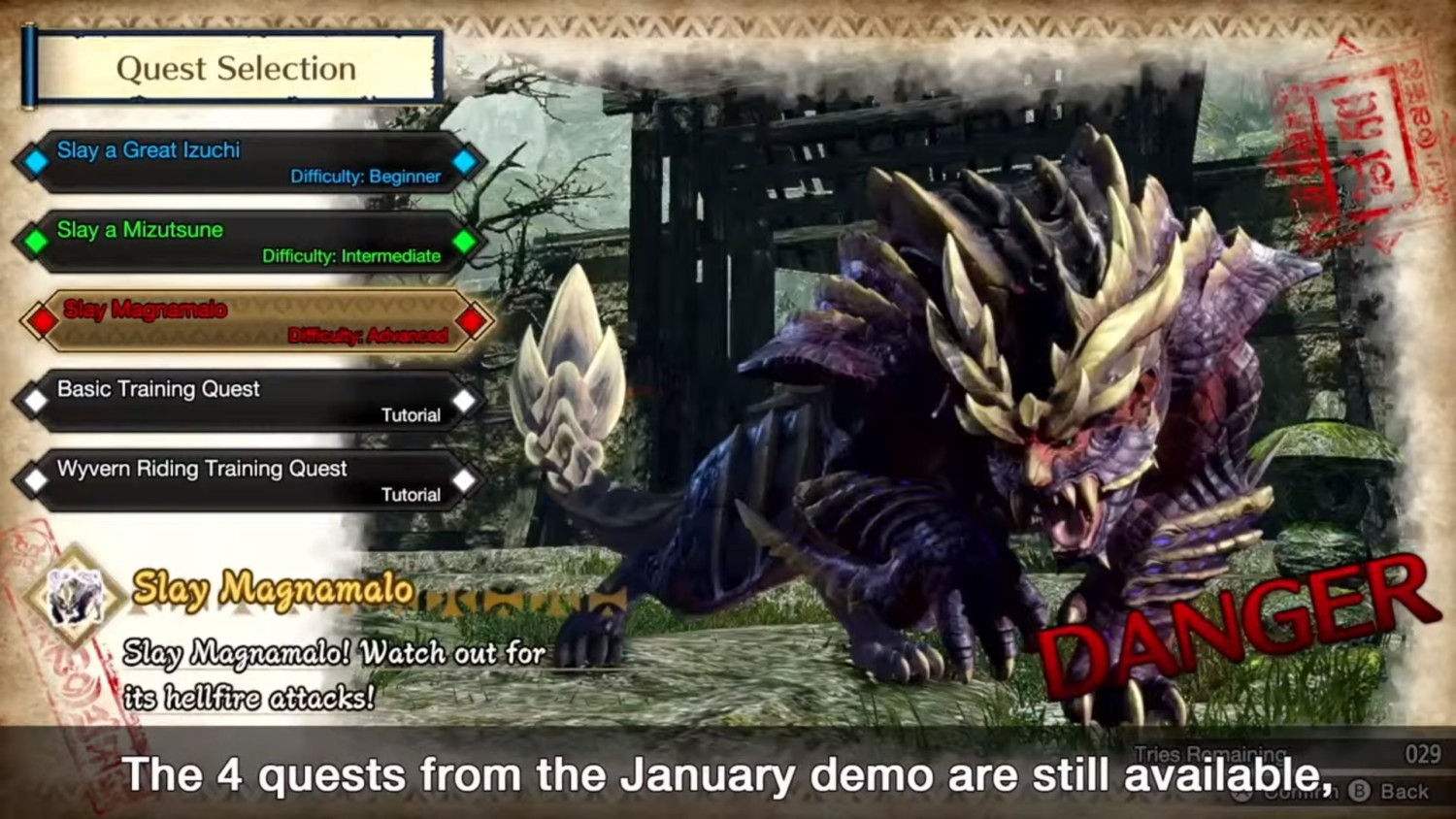 Those with the first original demo will be able to update it, which will add the Magnamalo quest and also reset their number of tries.

Will you be downloading this new demo when it launches later this week? Feel free to share below!