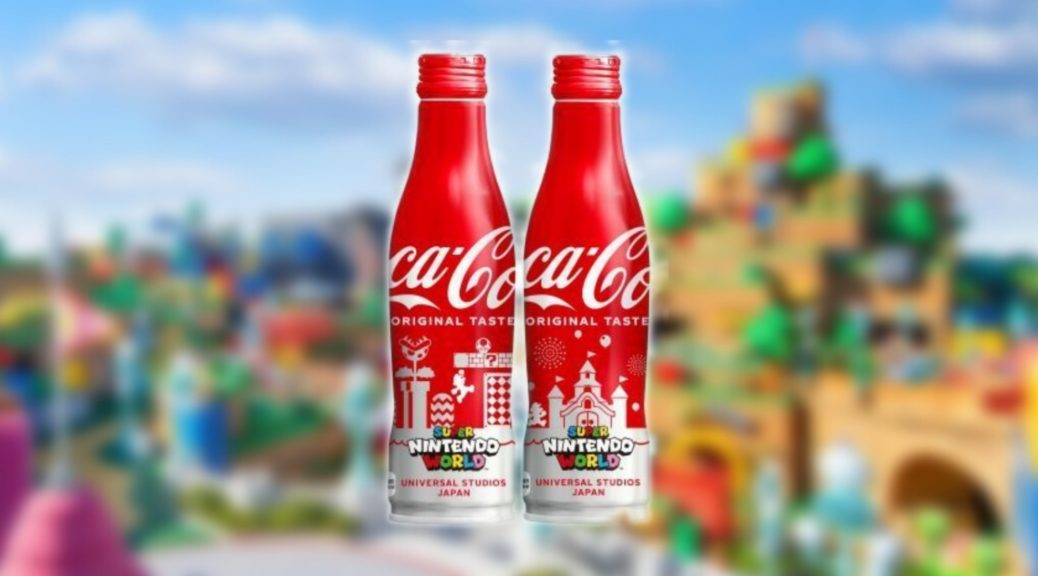 Coca-Cola has announced they will be having a special promotion to celebrate the 1st anniversary of Super Nintendo World in Japan.

Starting April 25th, Coca-Cola slim bottles with a Super Nintendo World design will be sold at participating retailers across Japan. A total of two different designs are available, one featuring Mario jumping through a level, and the other featuring Princess Peach’s castle.

In addition, Coca-Cola will be holding a special contest from April 25th to June 5th, where Japanese fans who purchase Coca-Cola products will have a chance to win tickets to Super Nintendo World among other prizes. You can read up the full details in Japanese here.