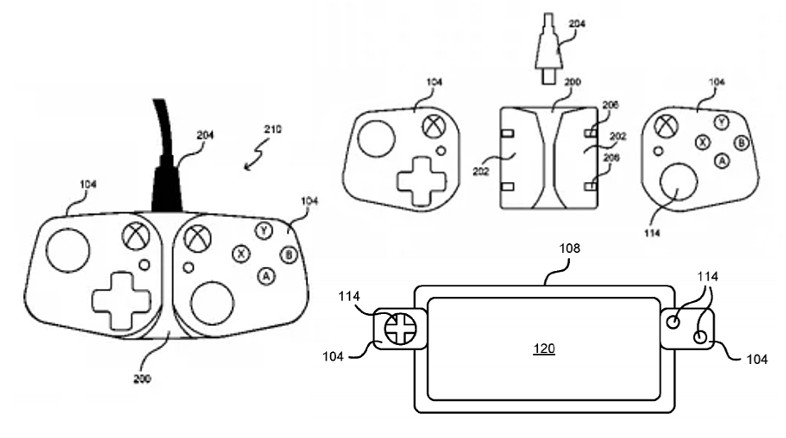 A new patent filing apparently reveals that Microsoft has been working on detachable controllers of its own. As seen the images above, the patent describes a controller that can detach into two halves from a charging unit, and attach to a mobile device. The resemblance to Nintendo’s Joy-Con controllers is quite hard to miss!

You can view the full patent document over here.

As it stands, Microsoft seems quite keen on bringing its games to all sorts of devices via Cloud Computing. If this patent is any indication, the company would probably introduce this Joy-Con lookalike to target mobile users as well.

One designer, Sarang Sheth, certainly thinks the idea has some merit. They’ve since designed a 3D mock-up of what the controllers could look like in action – which you can check out below:

Plug-and-play controllers that let you play Xbox titles on your smartphone. Who wouldn't enjoy that, eh?@Xbox @Microsoft pic.twitter.com/iJdt1QydaE

Of course, all of this is just a preliminary draft for now. Still, this patent’s similarity to the Joy-Con does seem intriguing – and we can’t wait to see how the gaming industry borrows more inspiration from Nintendo again!

What do you think of this neat patent by Microsoft? Are they different enough from Nintendo’s Joy-Cons? Let us hear your thoughts below!