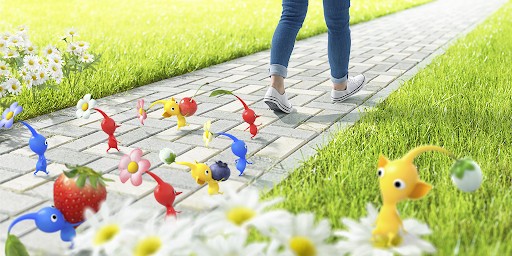 Earlier this month, Nintendo and Pokemon GO developer Niantic announced that they were working on a new Pikmin mobile app that will “encourage walking” when it launches later in 2021. Well, it looks like the citizens of one sunny island in Southeast Asia will soon get to be the first ones to try out the new project!

Niantic has announced on Twitter that it is now testing its new Pikmin mobile app in none other than Singapore. Pre-registrations for those in the country are currently open over here – with some already reportedly testing it out, as we speak!

We're excited to announce that, in partnership with @Nintendo, we've begun testing our Pikmin-based mobile app in Singapore! Register now to participate in this all-new Pikmin walking experience. https://t.co/mdA6zRTAgj

We’ll report back as we hear more about the first details of this exciting new project from Niantic. Stay tuned!