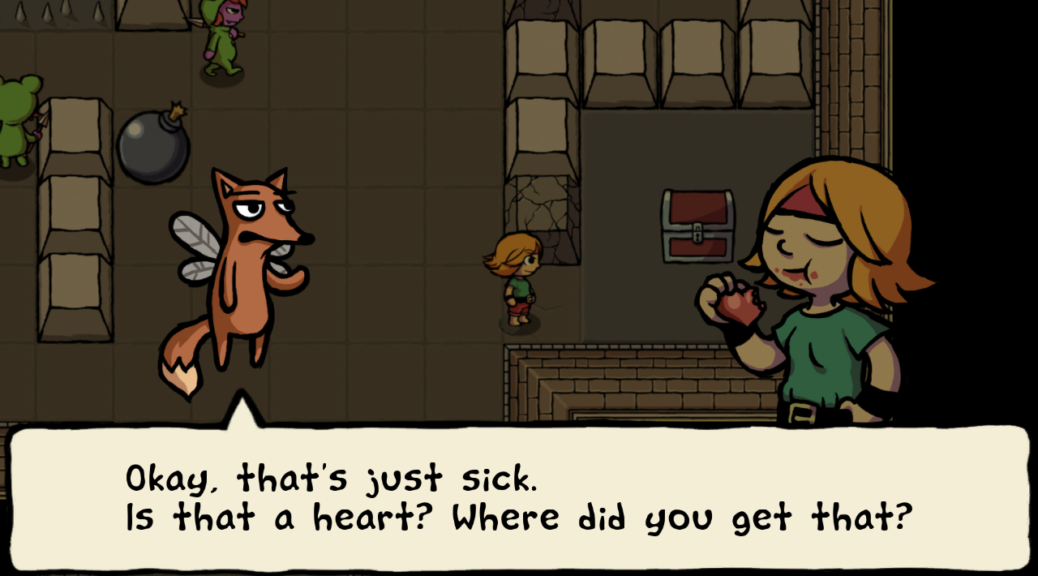 Ittle Dew 2+ is an action/adventure puzzle game by Ludosity. In Ittle Dew 2+, Ittle and her friend Tippsie are stranded on an island. Help them find their way home by gathering 8 scattered pieces of a raft, and along the way search for valuable treasure. The game arrives in Q3 2017.

The Binding of Isaac creator Edmund McMillen brings The End is Nigh, a sprawling adventure platformer. “Players control Ash, a little black glob trying to make a friend out of the body parts he finds scattered throughout a post-apocalyptic world. As Ash leaps his way through a never-ending onslaught of decaying, mutant creatures, he can collect assorted tumors and hidden video-game cartridges that unlock fully playable mini-games.” The End is Night will arrive on Switch in Q3 2017.