This will be a bundle containing physical editions for the entire No More Heroes trilogy on Switch and will be priced at around 9,800 yen in Japan. 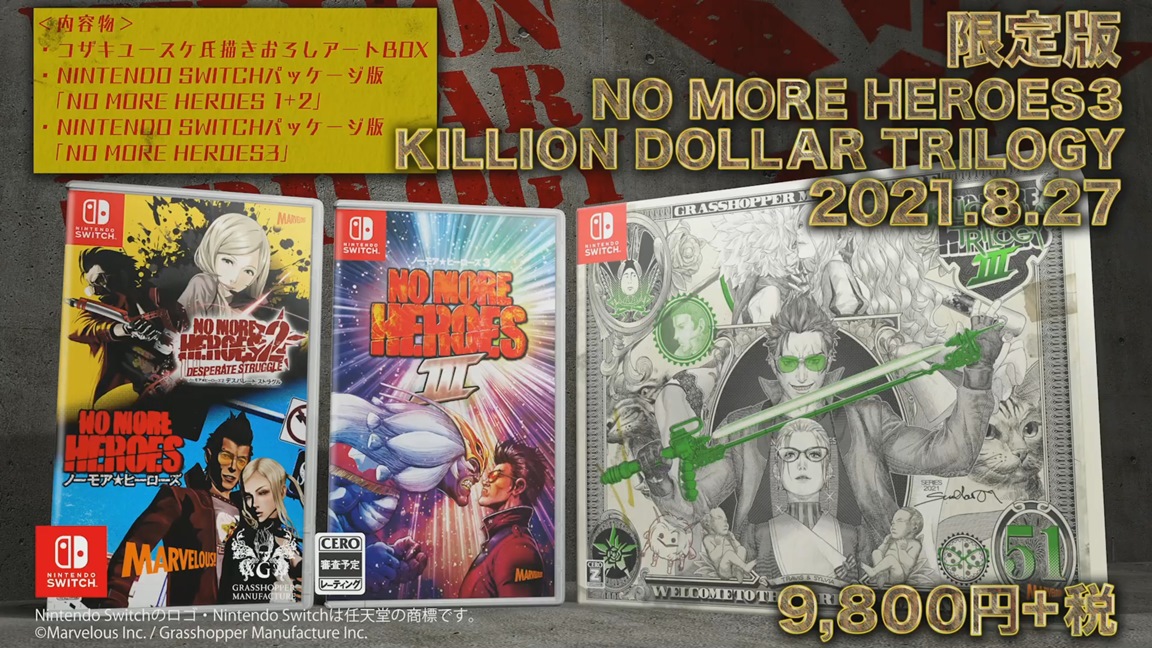 Alongside the announcement of this bundle, a new gameplay trailer for No More Heroes 3 was also shared.