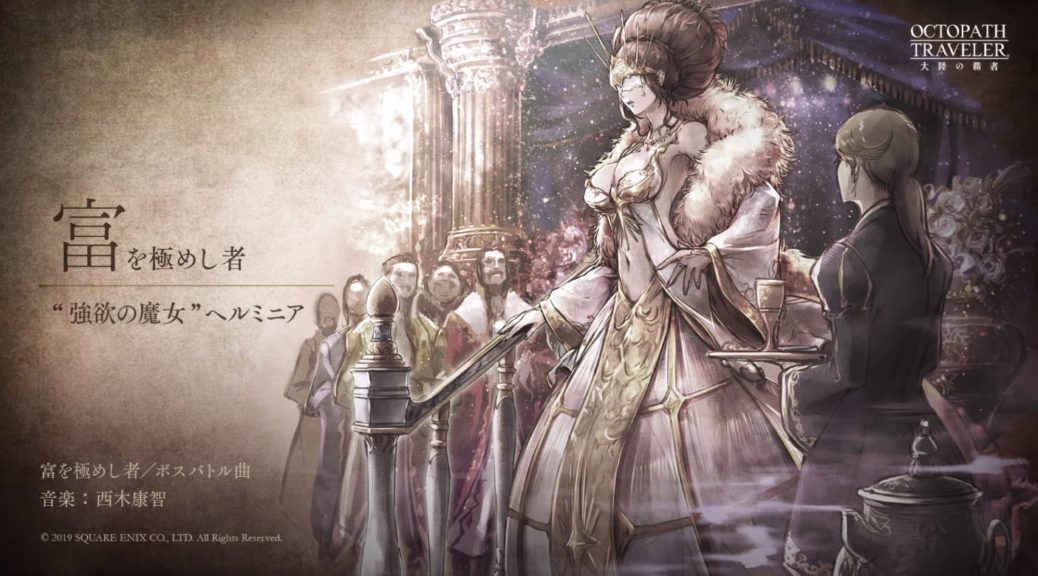 To celebrate crossing 200,000 pre-registrations, Square Enix has shared some new artwork and a boss battle theme for Octopath Traveler: Supreme Rulers Of The Continent.

The new artwork depicts one of the game’s three antagonists: Helminia, the Witch of Greed, who opposes the player on the path of Wealth. You can read about her character in greater detail in our previous reports. 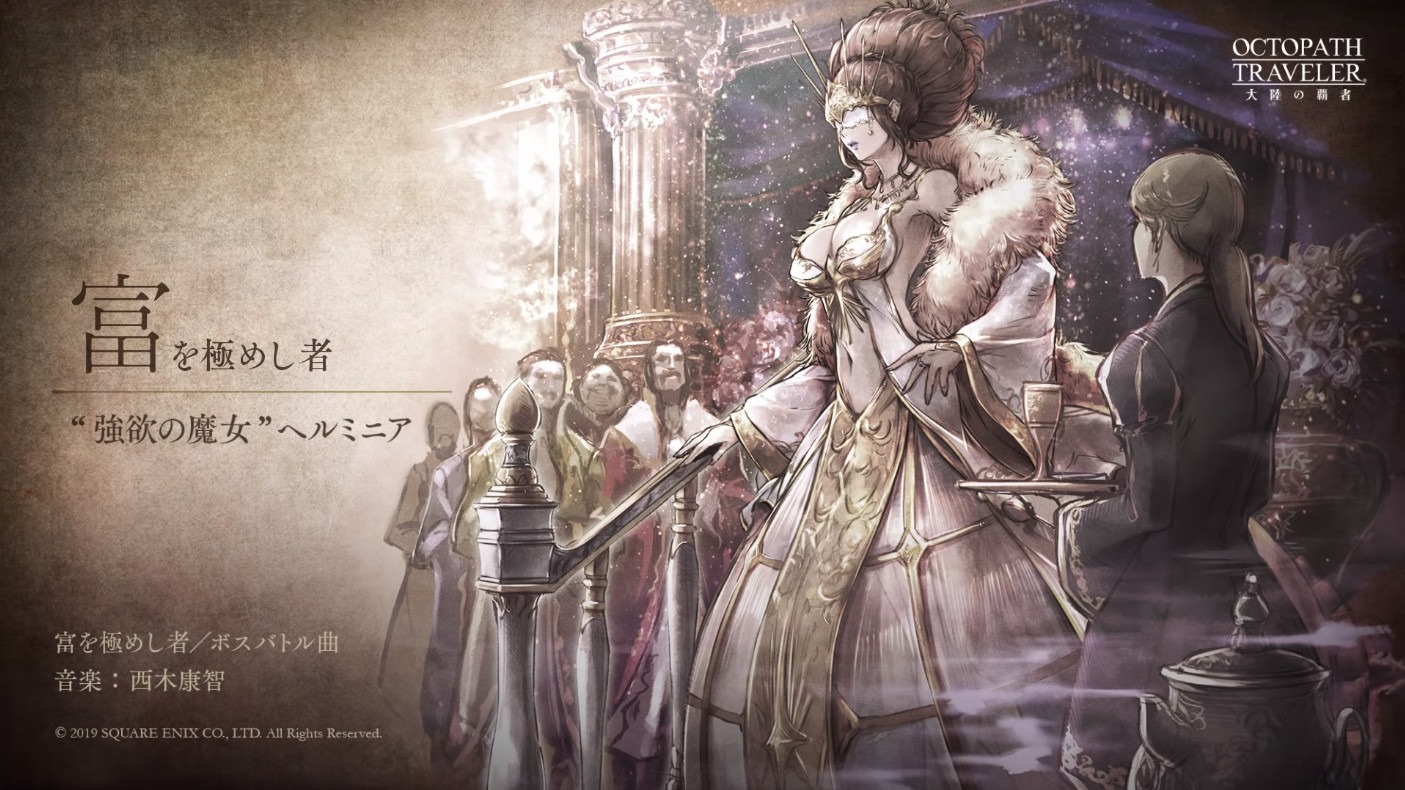 Her boss battle theme, composed by Yasunori Nishiki, can be heard via the Youtube video below:

Octopath Traveler: Supreme Rulers Of The Continent, will be releasing in Japan for Android and IOS sometime in 2019.