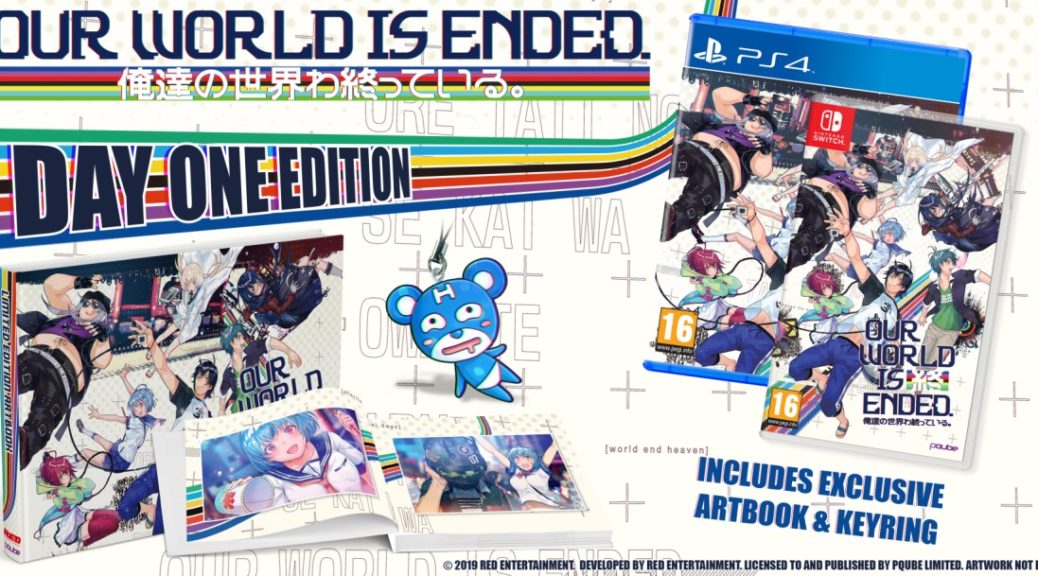 PQube has announced new release dates for the Switch version of upcoming visual novel Our World is Ended for North America and Europe.

In Europe, Our World is Ended will be available starting April 18, 2019 at retail and Nintendo eShop. In North America, the game will be out on April 18 digitally, but the physical version will arrive on May 7.

The visual novel hit from Japan will release on April 18th physically and digitally in Europe for Nintendo Switch and PlayStation 4. In North America, the game will be digitally out for the Switch on the same day, while the physical version for Nintendo’s platform arrives on May 7th. Digital pre-orders will start on March 19th on the eShop and on March 4th on the European PlayStation Store.
As announced earlier, fans who pre-order or get the game Day 1 will be rewarded with a special edition, including: