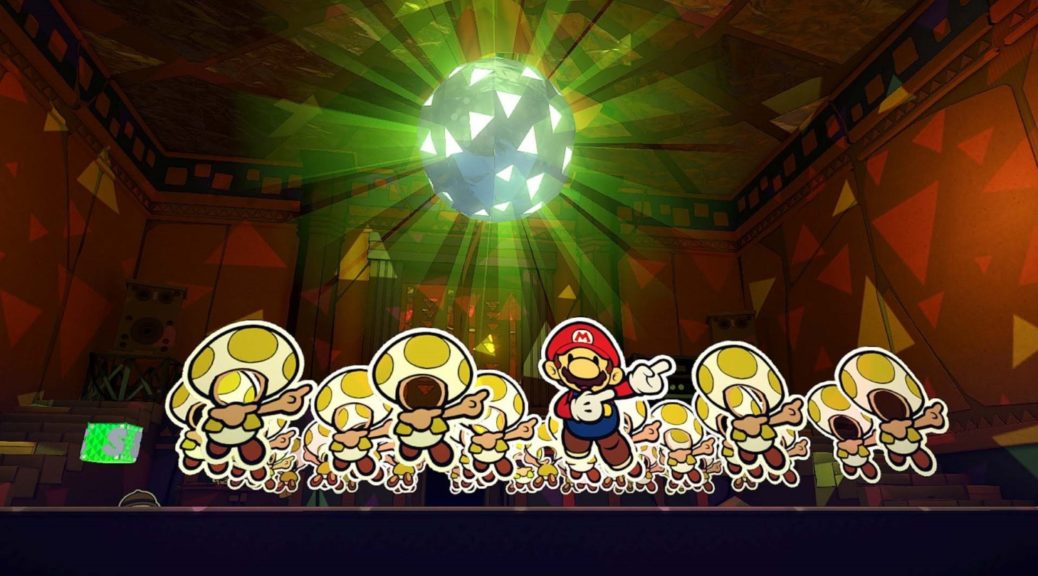 Earlier this month, the team behind Paper Mario: The Origami King revealed that they were no longer able to modify existing Mario characters to fit into the Paper Mario universe. Well, here’s a little more insight into the matter.

In a new interview with Gamesradar, Nintendo’s Kensuke Tanabe further elaborated on such challenging restrictions, and how they had to work around them to create NPCs for The Origami King. Namely, he uses Toads as an example for this – stating that the team could not even adjust characteristics like their age any longer:

“From the production of Paper Mario: Sticker Star onward, we were no longer able to graphically represent individual characteristics, such as age, gender etc., in the Toad NPCs (non-playable characters), and so it has become that much more important to convey their personalities simply through text. Our writer, Mr Taro Kudo, has been grappling with this difficult challenge since Paper Mario: Sticker Star, but has managed to achieve giving all the texts a sense of humor. In this installment, Paper Mario: The Origami King, we were able to include some Toads wearing an outfit to match their role, and also created original origami characters.”

This might explain why certain characters like the elderly Toadsworth haven’t made a reappearance in quite awhile, among other wackier variations of Toad. Still, it looks like Tanabe and company have been trying their very best to inject the Paper Mario series with personality – even if they have to stick to Nintendo’s design rules.

What do you think about this? Feel free to share below.