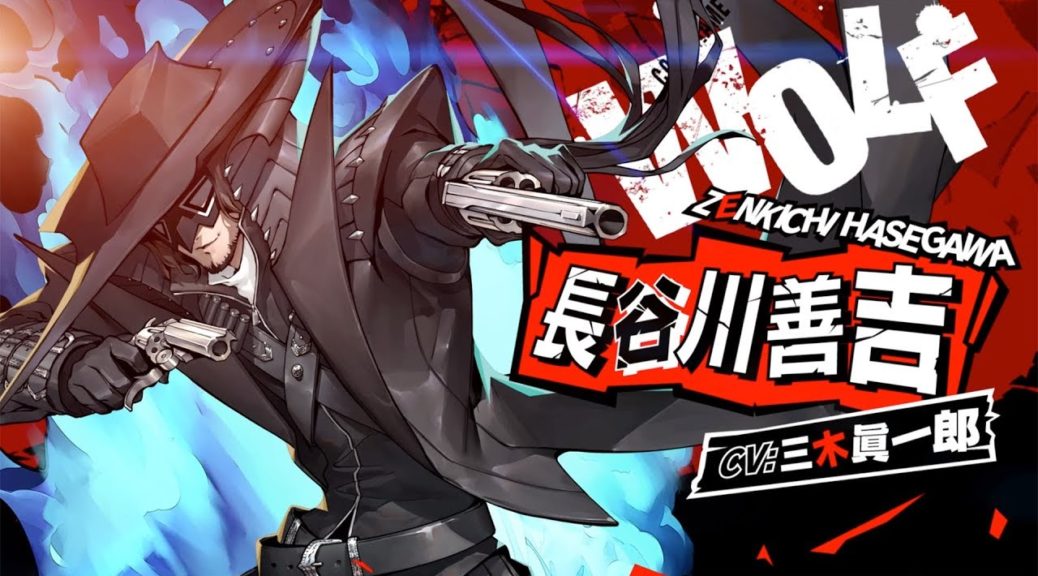 Atlus has published a new character trailer for Zenkichi Hasegawa, one of the new faces being introduced in Persona 5 Scramble: The Phantom Strikers.

Zenkichi Hasegawa is introduced as an investigator looking into the Phantom Thieves, who warns them about a warrant for their arrest, and gives them a chance to investigate the case for themselves.

Zenkichi also has his own secret identity codenamed “Wolf”, as well as his own persona named ““Valjean”. As Wolf, Zenkichi wields a longsword and dual pistols, while his persona specializes in supporting allies with gun skills and almighty skills.

Check out the trailer for yourself below:

Persona 5 Scramble: The Phantom Strikers releases on February 20 for Switch in Japan, with a demo currently available on the eshop.