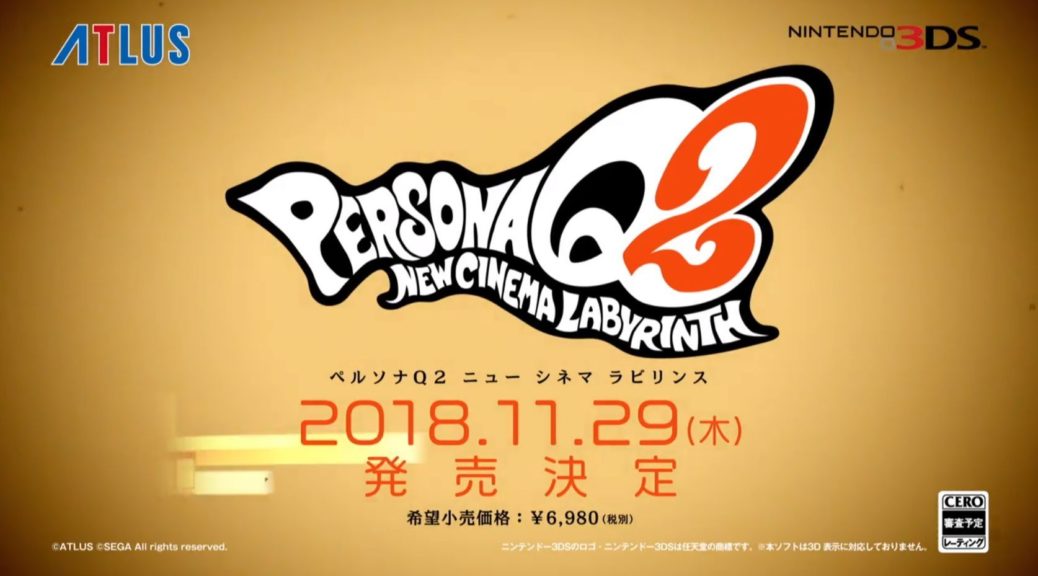 As announced last year, the game will be heading to Nintendo 3DS on November 29, 2018. No western release announced yet.