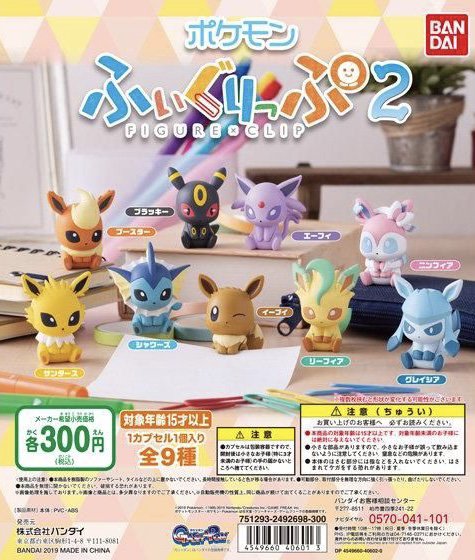 These figure clips could be purchased at capsule machines across Japan later this year for 300 yen per try.