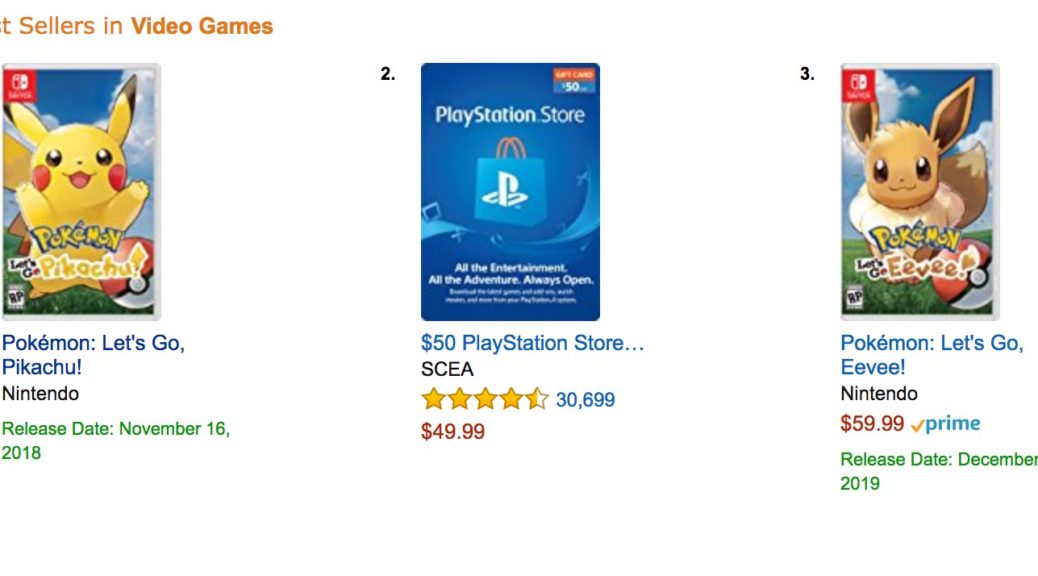 It’s been 10 hours since the official reveal of Pokemon Let’s GO Pikachu and Eevee for Nintendo Switch, and the game appears to be off to a good start in terms of sales.

Keep in mind both games are scheduled to launch on November 16, so there’s roughly half a year to go.