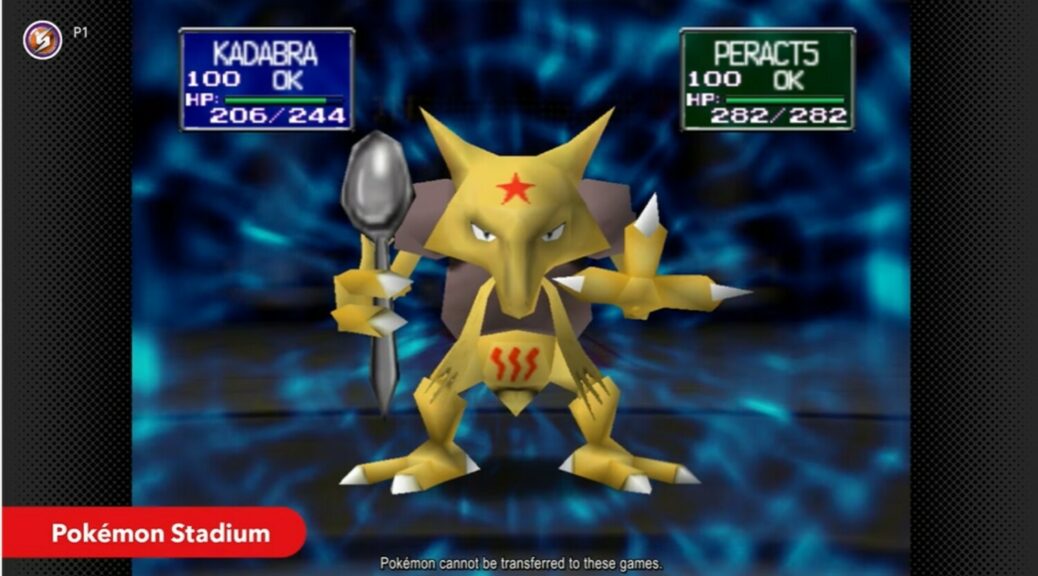 Unfortunately, the Switch Online versions of the games will lack an important feature that was present in the original games: the ability to transfer Pokemon. This feature was a critical part of the original release on the N64, as it would allow players to transfer their beloved Pokemon from their Game Boy games into Pokemon Stadium, where they would be able to battle it out in 3D, possibly the first ever instance of this in the franchise.

Although no official reason for the lack of transfer compatibility was given, Serebii.net’s Joe Merrick speculates that this could be due to the lack of Gen I Pokemon games on the Switch. In a long and detailed Twitter thread, Merrick explained that there are a number of technical hurdles that would need to be jumped through to transfer Pokemon from games outside of the Switch ecosystem, such as through the 3DS Virtual Console or Pokemon HOME,  which may have been too potentially difficult or time-consuming for the developers to consider.

Many argue "oh just use the 3DS Virtual Console games", but that's not actually feasible. What Stadium does is read and access the save data through the Transfer Pak and has frequent connections with it. The 3DS cannot do this with the Switch. It needs consistent connection

The next argument is Pokémon HOME. Many have brought up that HOME stores different structures now and that could allow for it, but in order to do that they'd need to convert every Pokémon AGAIN to allow for the format of Pokémon in Gen 1 and Gen 2. Last time it took days

Now, if GameBoy ever comes to NSO and Pokémon is added to it, they could actually have a way around this and be able to access the save data, but until then, it's literally impossible to do.

So there you go.

Without the ability to transfer Pokemon, Switch Online Expansion Pack subscribers will only be able to play Pokemon Stadium 1 and 2 with rental teams, which many fans would say is not the ideal way to enjoy these games. We will be sure to report back on more developments as they come.