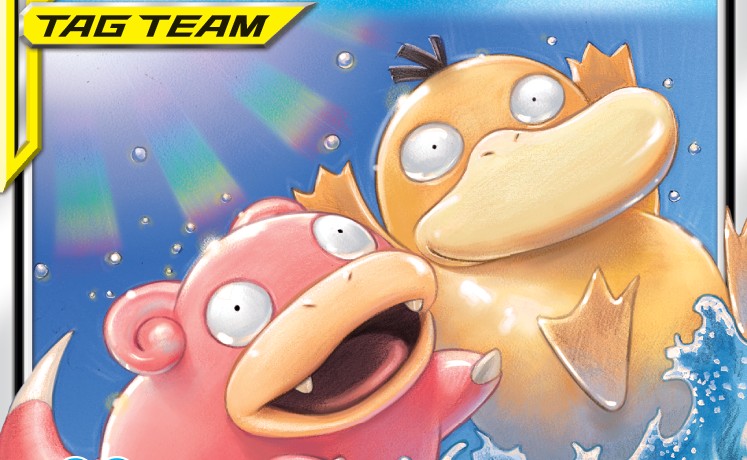 Among the new Tag Team GX cards revealed was Slowpoke & Psyduck-GX, who make quite an odd battle pair compared to the likes of Mewtwo & Mew or Garchomp & Giratina. Even so, their signature GX attack has the potential to do up to 1000 points of damage if the conditions are met! 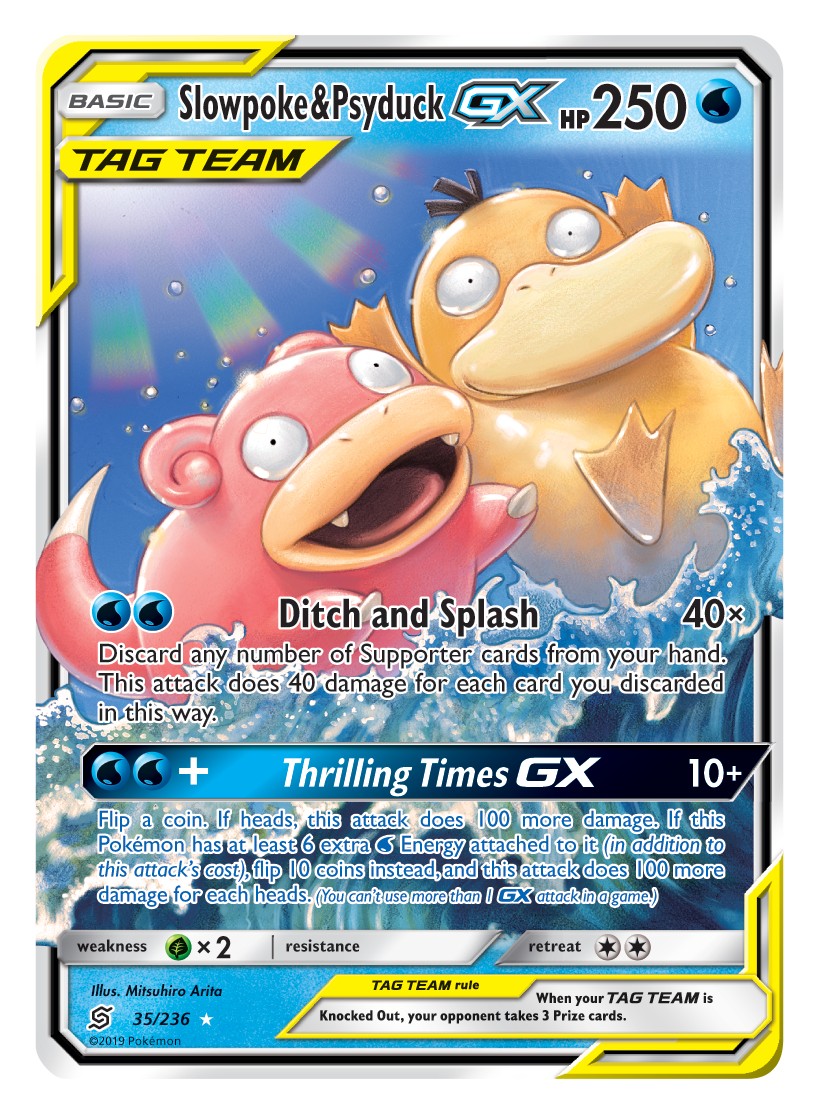 In an interview with Pokemon TCG Director Atsushi Nagashima, Comicbook.com asked him why these two Pokemon were given such a powerful Tag Team GX card, despite being such an unlikely combination. In response, Nagashima had this to say:

We had been thinking about having these two Pokémon team up since the initial concept of TAG TEAM Pokémon-GX. There’s a tendency for powerful Pokémon to be featured, but we also wanted to show cute Pokémon or Pokémon that you might wonder about how they would behave in action.

These two Pokémon typically seem to be spacing out, but they can produce huge power when they are in a tough spot.

What do you think of his explanation? What other cute or strange Pokemon pairings would you like to see in future TAG TEAM Pokemon-GX Cards? Let us know in the comments below.