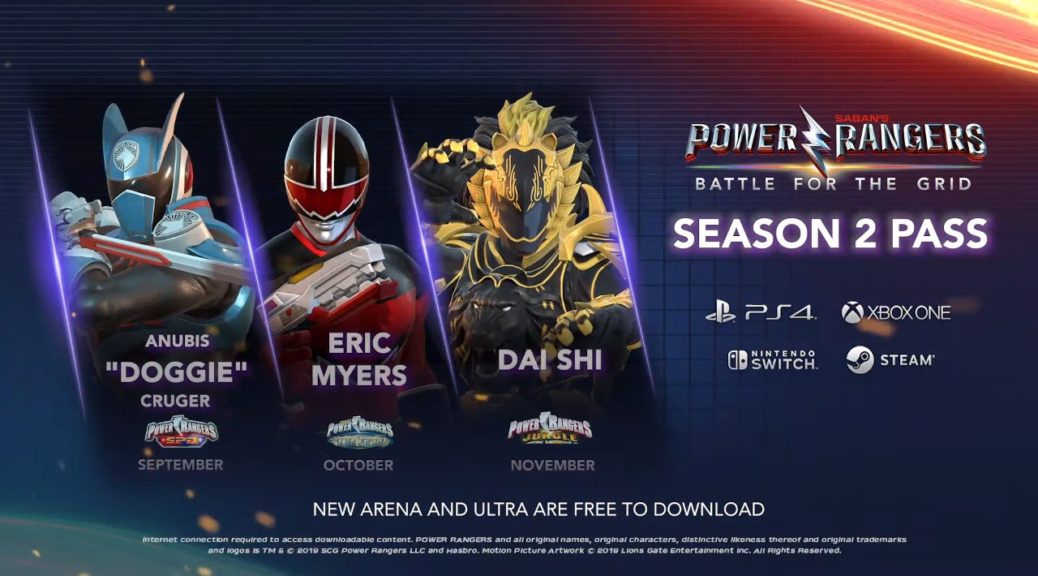 Need more morphinominal action in your life? You can now dust off your copy of Power Rangers: Battle for the Grid – as all-new content will heading to the game very soon!

nWay has released a new trailer for the fighting game, which reveals the new additions of Season 2. For $14.99 USD, players can add the new fighters Doggie Cruger (S.P.D.), Eric Myers (Time Force), and Dai Shi (Jungle Fury). Also, all players will receive a free arena and Ultra based on Power Rangers S.P.D. along with new banners. All of this content will be available on Nintendo Switch starting 27 September 2019.

Check it out below, along with more details (courtesy of Gematsu).