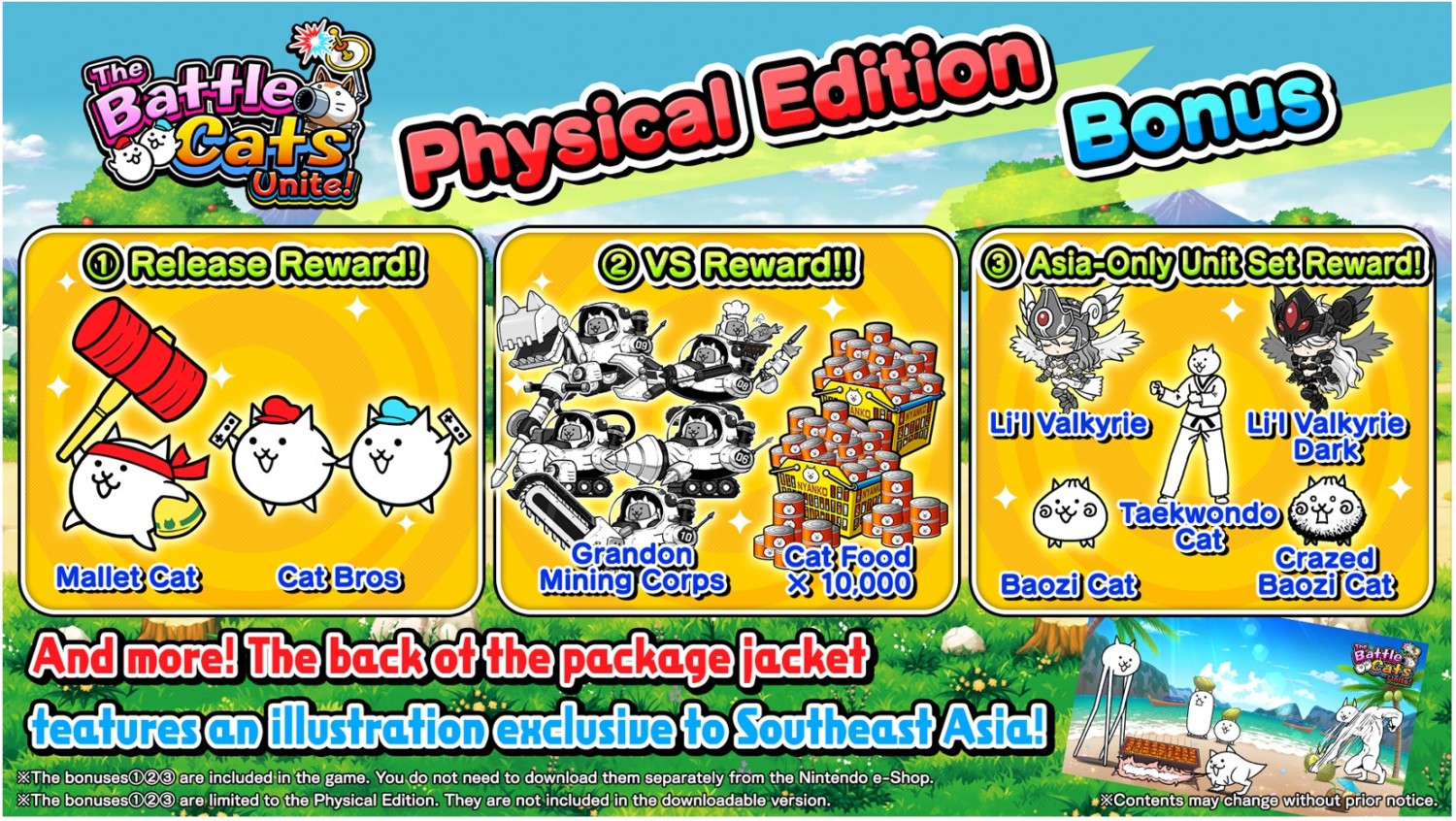 In The Battle Cats Unite!, up to two players can play together or against each other in its simple and easy battle system. With over 350 cat characters to invade stages filled with a wealth of content!

Easy Battle System
Cat lovers rejoice! Players will get to choose their favourite cats and take them to battle! The rules are simple: win the battle by taking down the enemy’s base!

Huge variety of characters – Over 350 of them!
Be spoiled for choice with a wide range of cat characters beyond your imagination! There are more than 350 cat characters available. Players will be able to collect new cats from the capsule machine with no additional fees. Look forward to evolving and training these lovable cats!

Extensive variety of game stages – Over 300 of them!
A different collection of stages will be available each day! Your Cats will start their journey by conquering the planet in “Empire of Cats”, then continue on to greater challenges in the “Into the Future” and “Cats of the Cosmos” story arcs. Or you can challenge the “Stories of Legend”, a journey across time to find the mythic Cats of Legend.
With over 300 stages to play including daily Blitz stages, there is so much to do – Gather your Cat army and rule the universe!

Original Mini Games
Watch out for the surprise appearance of mini-game challenges as you progress through the main game! Collect rewards based on your score earned upon clearing the challenge. Enjoy this change of pace in between battles by teaming up with your friends to take on four mini-games in total!