Previously, we reported that bullet-hell shooter Raiden V could be getting a Switch release, based on a Taiwanese ratings board’s website. Now, the possibility of a Switch port has increased once again, thanks to a new GameFly listing.

The gaming rental website recently put up a new page for the title on Nintendo Switch. While it does not feature the same box-art as the Taiwan ratings board leak, the page does sport a 30 June 2019 release window! 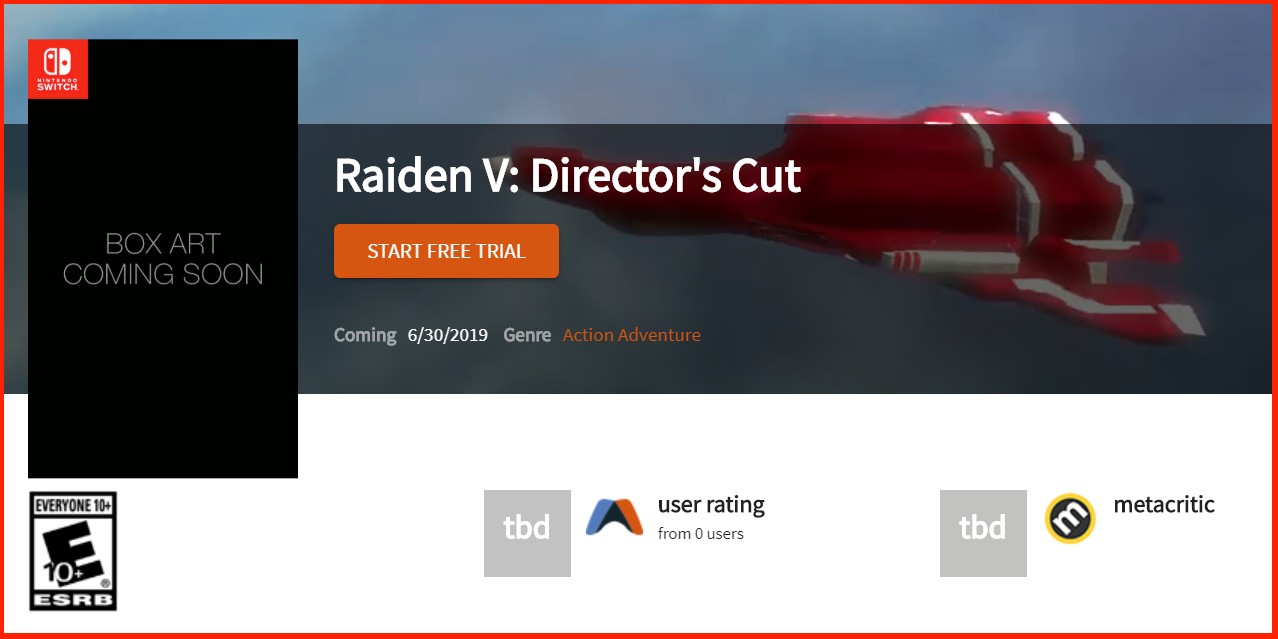 This physical listing is quite likely the real deal, especially given that GameFly leaked the Switch versions of VOEZ and Mutant Year Zero before. Of course, both of those listings ended up being 100% spot-on – so it’s almost certain Raiden V will be landing on Switch in the future!

As with all unconfirmed information, however, we do urge NintendoSoup readers to take this with a pinch of salt. We’ll report back if we hear more.