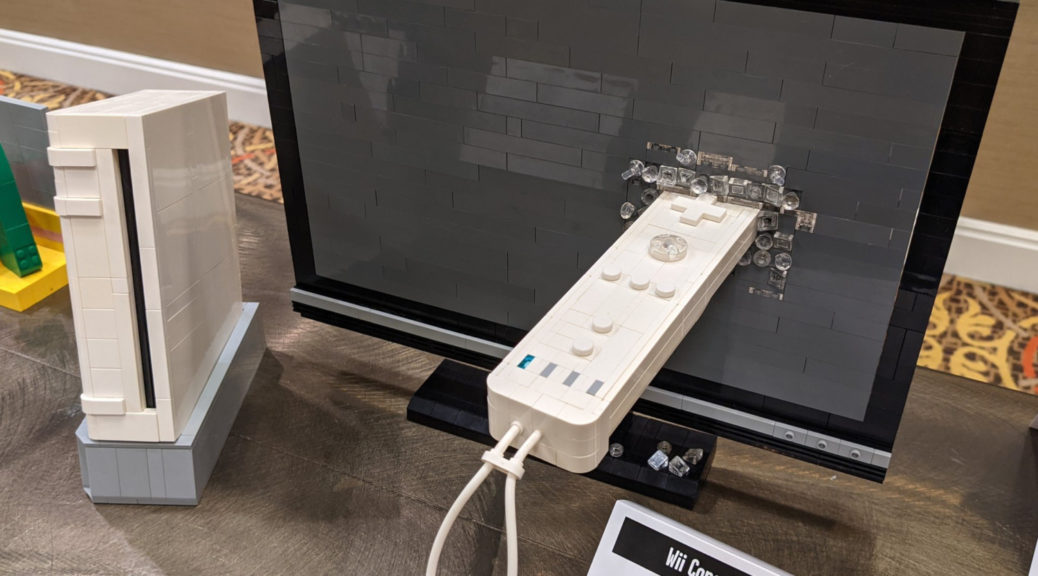 For many Wii owners, a classic mishap is to accidently fling their Wii remote out of their hands while swinging it around – which has often led to many broken television screens. Well, one fan has recreated that frustration in brick form!

Ian Summers, a LEGO fan, recently shared their LEGO build of a Wii console – along with a Wii remote humorously lodged in a TV screen! The accurate (and painful) recreation was up for display at Brick Rodeo (a LEGO fan convention based in Texas) over the weekend, but you can get a better look below:

What do you think? Does this bring back any memories of the Wii console? Feel free to share below!