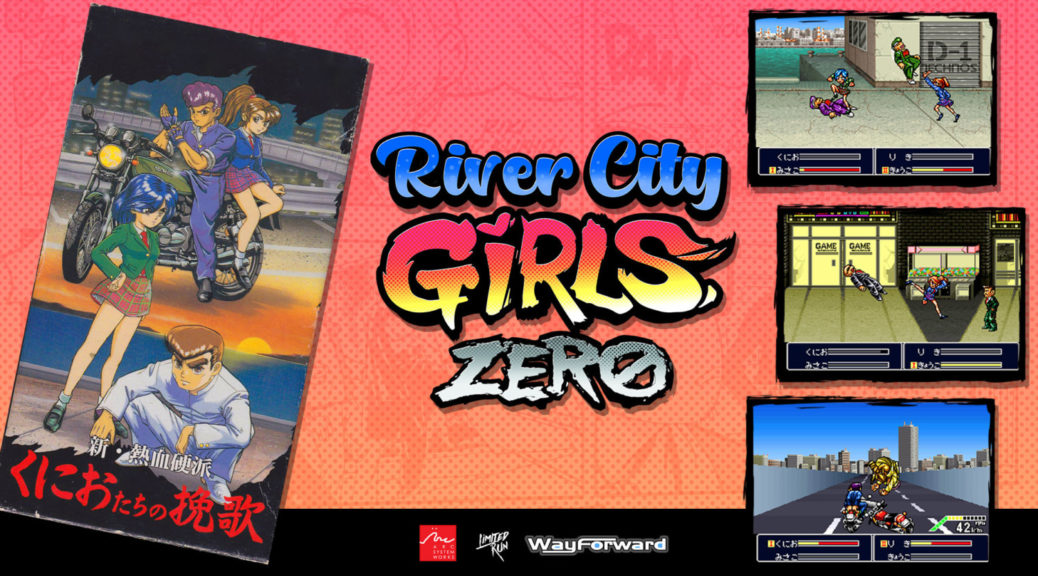 It looks like a classic Kunio-kun adventure will be revived on modern platforms!

Publisher Arc System Works and developer WayForward have announced River City Girls Zero – a localized version of Shin Nekketsu Koha: Kunio-tachi no Banka that will be heading to Nintendo Switch and other platforms in Late 2021. This release will also include a new anime opening and manga cutscenes.

A physical edition of the game is also in the works, via Limited Run Games.

River City Girls Zero is also on the way! It's the 1994 Super Famicom classic, Shin Nekketsu Koha: Kunio-tachi no Banka, in its original 16-bit glory, now with a new anime opening, manga cutscenes, and @MeganMcDuffee song – localized for the first time! Out on Switch late 2021! pic.twitter.com/TKeKc0HD2R