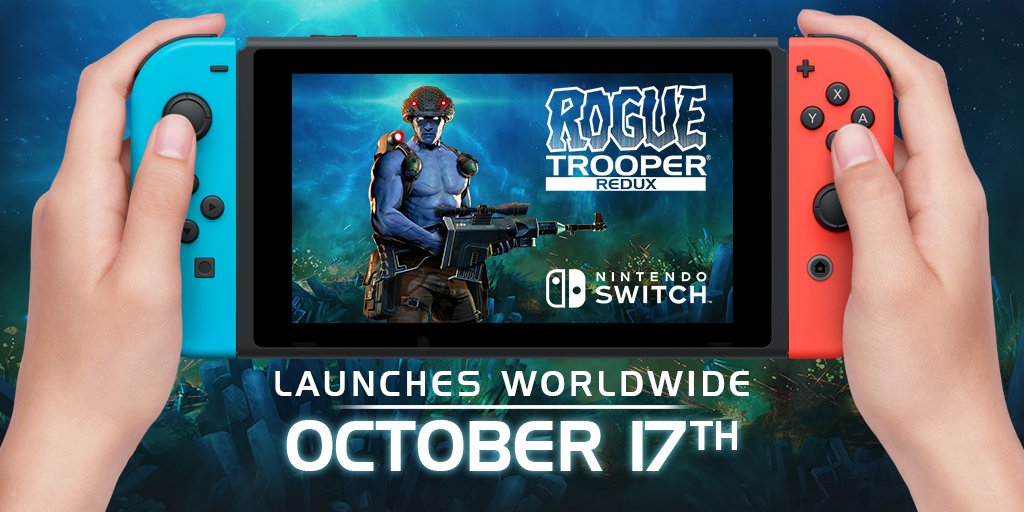 Rebellion and Tick Tock Games have confirmed on Twitter that their tatical shooter game Rogue Trooper Redux will be launching on Nintendo Switch on October 17, 2017.

This will mean the Switch version is launching at the same time as the PC, PS4, and Xbox One versions.

Have a look at the official trailer below.