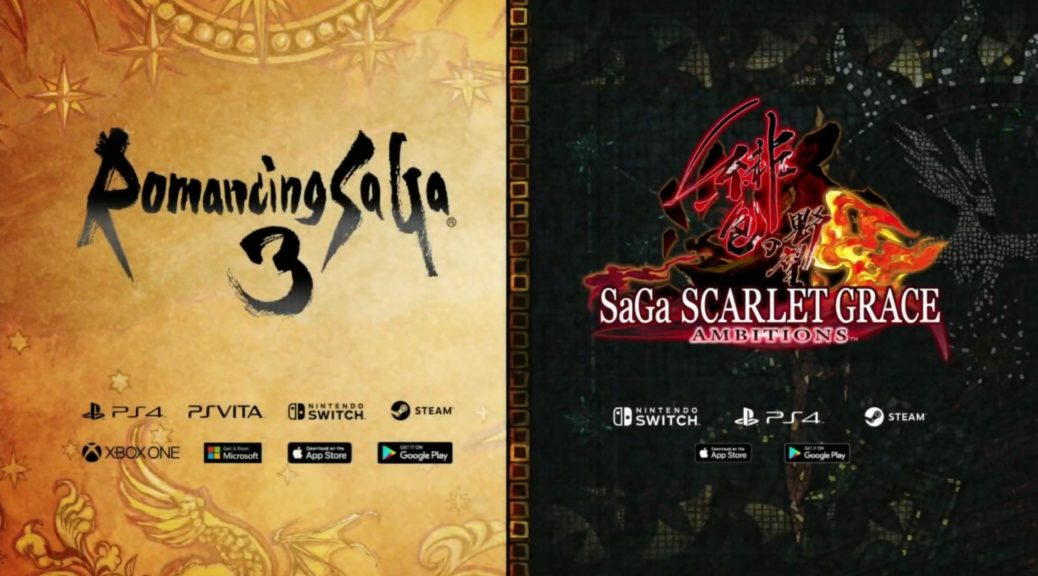 A duo of SaGa games is now in the works for the Nintendo Switch!

No release dates were announced but we’ll be sure to keep you posted as further details are made available.

The Rise of Morastrum–an event where the dark star blocks out the sun–threatens the very existence of our world. All born in that year are doomed to perish before its end.
However, during the first Rise of Morastrum 600 years ago, a sole child did survive. He came to be known as the Archfiend, leading the world to ruins.
Another 300 years passed, and again a child defied fate. She came to be known as the Matriarch, defeating the evil and bringing peace back to the world.
Now, 300 years later, the Rise of Morastrum strikes again, and the fate of the world hangs in the balance.
Will there be another child of destiny? Will the child be righteous, evil, or another force that the world cannot fathom?

• The classic 1995 RPG finally comes west in a remastered version! Your choices matter—from your choice of hero, to branching story paths, to recruiting party members, to which skills you’ll develop. Every game, a new adventure!

The Firebringer, a fallen god and bane of humanity, has wrought havoc on the world since his exile. Mankind constructed an Empire with a singular purpose: engage the Firebringer and his fiends in battle to defend humanity. After a millennium of fighting, the Firebringer has finally been defeated, and the Empire is left without purpose, spurring rebellion.
With the fate of the world uncertain, follow the journey of four unique heroes as they call on their might and set out to carve a new future.
• Take charge and shape your own adventure with ultimate freedom of choice. Travel the world and engage in events in any order, or skip them entirely if you wish; your decisions affect the development of your story.

• Create a team of up to five capable fighters and engage in strategic turn-based combat, selecting from 9 weapon varieties, as you take on enemies.

• The composition of your group affects your abilities and impacts your tactics. The choices you make will define your legacy!

During its E3 live event 2019, SQUARE ENIX® announced that the legendary RPG masterpiece Romancing SaGa™ 3 will soon make its official debut in the West with an HD remastered version coming to consoles and mobile devices. SQUARE ENIX also revealed that SaGa SCARLET GRACE: AMBITIONS™ is also in development for Europe and North America.

SQUARE ENIX also announced SaGa SCARLET GRACE: AMBITIONS, an enhanced version of SaGa SCARLET GRACE, which originally released only in Japan in 2016. Newcomers and longtime fans of the franchise can shape their own adventures with one of four protagonists, Urpina, Taria, Balmant, and Leonard, each with their own unique storyline, allowing players to enjoy four different RPGs in one title.

With its first Western release, AMBITIONS builds upon the original Japanese release with a variety of improvements and additions to the original, including new and improved graphics, character voiceovers, weapons, skills and more. In addition, players will have access to more than 70 allies to potentially add to their party and test out different battle strategies with the new turn-based timeline system as they conquer new scenarios, monsters and bosses on their journey.