Today an interesting rumor about the last character for the Super Smash Bros. Ultimate Fighter Pass has surfaced on 4chan.

What makes things interesting is the fact that these rumors are part of a collection of rumors for The Game Awards, which will be held later this week. We were told weeks ago that this year’s The Game Awards will feature announcements never made before. 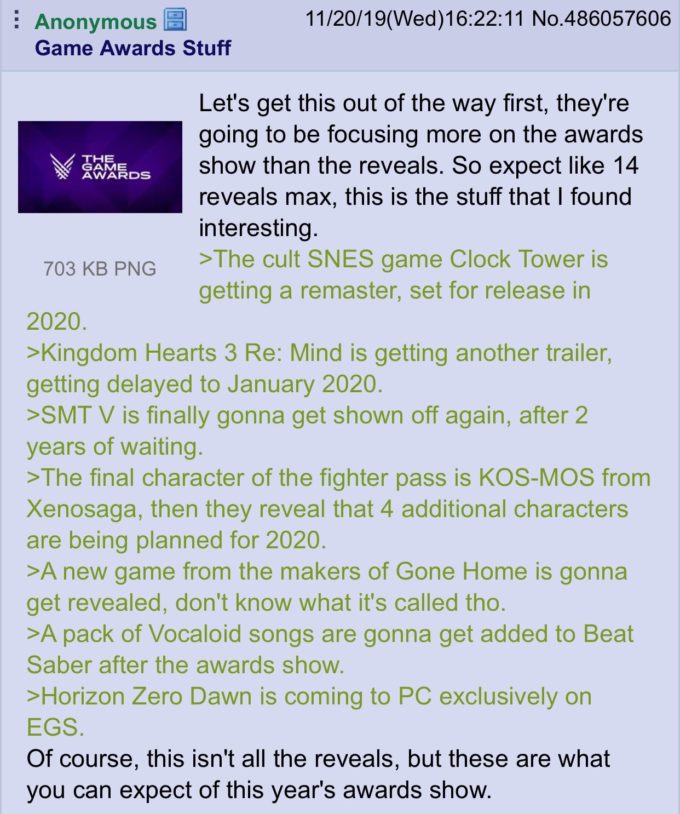 Another thing worth pointing out are the characters reputable leaker Sabi have ruled out for the fifth fighter pass character. KOS-MOS isn’t in that list:

If what I heard is correct, FP5 is not….
Ryu Hayabusa,
Crash Bandicoot
Doomguy
Geno
Dante
Lloyd/ A Tales of Rep
Sora
Falcom reps and Nippon Ichi reps altogether (specifically backed verge on this.)
If I forgot any I tweeted, please remind me and I’ll re-clarify.

In all honesty, it wouldn’t be surprising to see KOS-MOS added as a playable character in Super Smash Bros. Ultimate. KOS-MOS has appeared in three major Nintendo platform games in the past – Project X Zone, Project X Zone 2, and Xenoblade Chronicles 2. Keep in mind that the Project X Zone games are essentially fighting games. KOS-MOS is also very popular in Japan.

As always, take rumors with a pinch of salt. We’ll find out what happens later this week.