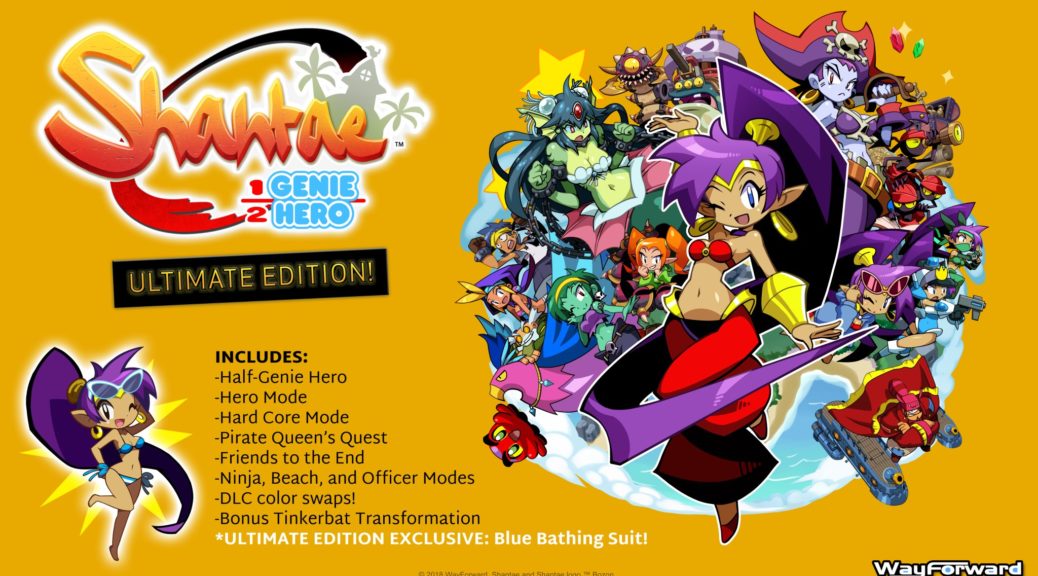 The “Ultimate Edition” of Shantae: Half Genie Hero will be available digitally, in addition to its previously announced physical release.

The Ultimate Edition includes all DLC and an exclusive blue bathing suit costume.

Have you picked up this game, or pre-ordered the physical edition yet? Or will you be downloading the Ultimate Edition digitally?