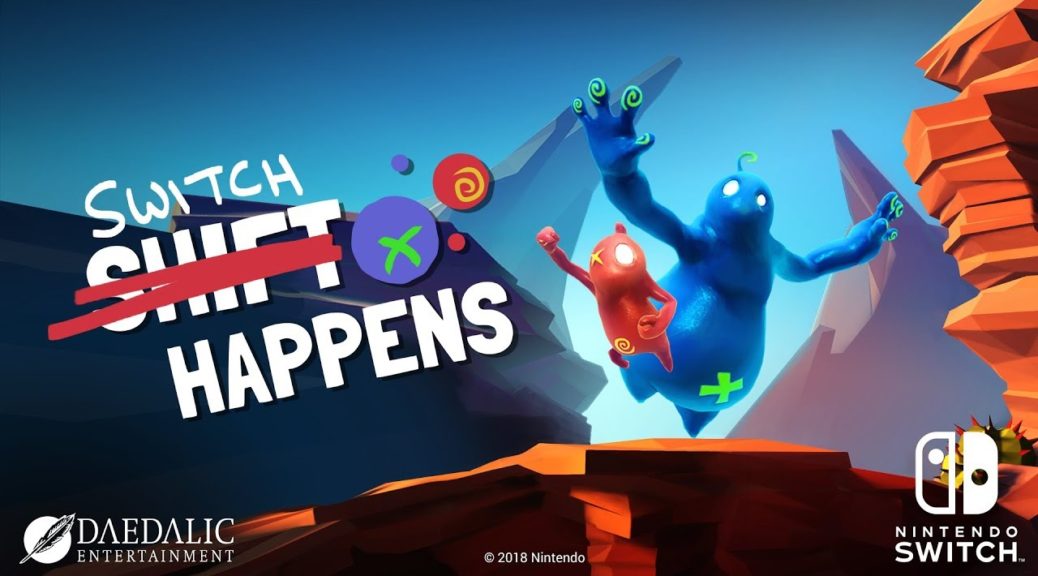 The physics-based co-op game will launch on October 10 for $14.99. Shift back and forth with two blobby creatures, as they both attempt to survive hazardous environments.

Check out the announcement trailer below.

In Shift Happens the players take control of Bismo and Plom, two jelly blob creatures that were joined together in an accident. The duo must use their newly-acquired power — the ability to exchange their size and skills seemingly at will — to survive a strange laboratory, overgrown green forests, dry canyons filled with deadly winds, and bitter cold caves. “Teamwork” is an important aspect of the game: When shifting, both characters change sizes simultaneously in a symbiotic relationship. The bigger blob gets smaller — and the smaller blob gets bigger.

The players always need to work and think together to finish the levels. And sometimes you may throw your partner “accidentally” in a large tar pit to get the coins, while the other characters lose on death. Trust or wealth, which route will the players take?

Shift Happens will be available digitally through the Nintendo eShop on Otctober 10th, 2018 for $14.99.