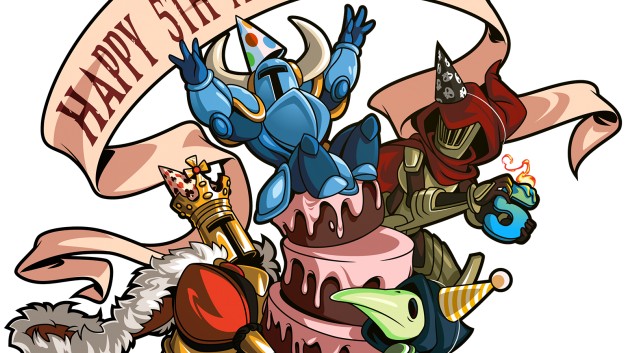 Five years ago, indie gem Shovel Knight became a Kickstarter sensation across the world – bringing back retro platforming action to the forefront of the gaming world.

Yacht Club posted a new blog post today celebrating the milestone and thanking its many fans. Aside from the usual pleasantries, the developer also revealed that the game has exceeded more than 2.5 millions copies sold across 12 platforms – including 3DS, Wii U and Switch!

Check out the brief message and some new artwork from Yacht Club below. You can read the entire blog post here. 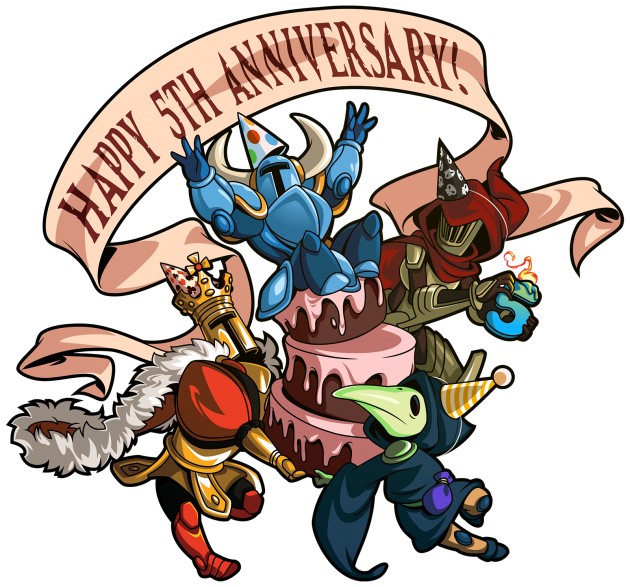 What’s up Shovelociraptors! It’s been 5 years since the initial release of Shovel Knight, now known as Shovel of Hope! Much has happened since then, and the Blue Burrower has certainly gone places!

First off, there are 3 games in the Shovel Knight Saga, with 2 more on the way. Shovel Knight had epic crossover battles with Kratos and the Battletoads. Co-operative gameplay was added! There’s been a bunch cool Shovel Knight merchandise! We made the first third-party amiibo, with more on the way! Nintendo published us in Japan. Shovel Knight is in Smash Bros! We have released on 12 platforms and sold over 2.5 million copies! And had over 25 cameos! There’s even going to be a board game! We have so much gratitude for our legions of fans and friends. Your support of our original Kickstarter started it all!

Currently, Yacht Club is still hard at work preparing Shovel Knight: Treasure Trove for release on Switch. The physical collection will bundle every content update that has ever released for the game so far – including some extra features. We’ll report back when we get more updates.