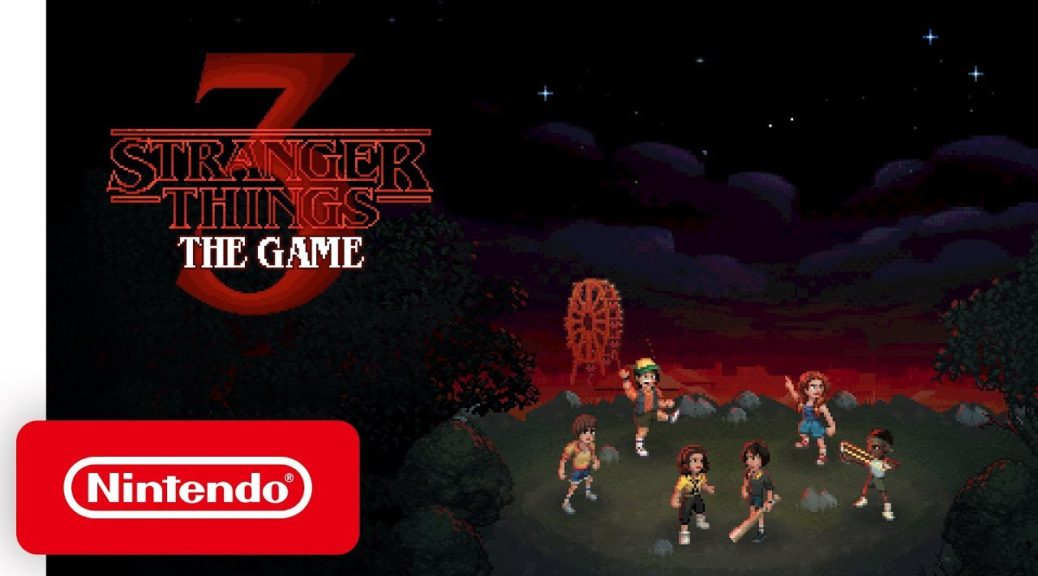 The official videogame of Netflix’s Stranger Things 3 is available now on Switch.

You can now purchase Stranger Things 3: The Game from the Switch eshop at $19.99 USD. To celebrate the launch, Nintendo has also published a new launch trailer for the mystery adventure game based on Season 3 of the hit original series.

Check it out below, along with some additional details:

Stranger Things 3: The Game is the official companion game to Season 3 of the hit original series, where you’ll be able to explore the eerie world of Hawkins through a mix of exploration, puzzles, and combat.

Team up in two player local co-op or in single player mode alongside an AI partner, in the role of one of twelve characters from the show, each with unique abilities and attributes. Together, you’ll play through familiar events from the series while also uncovering never-before-seen Stranger Things secrets!