So Many Me: Extended Edition Heads To Switch On January 17 | NintendoSoup 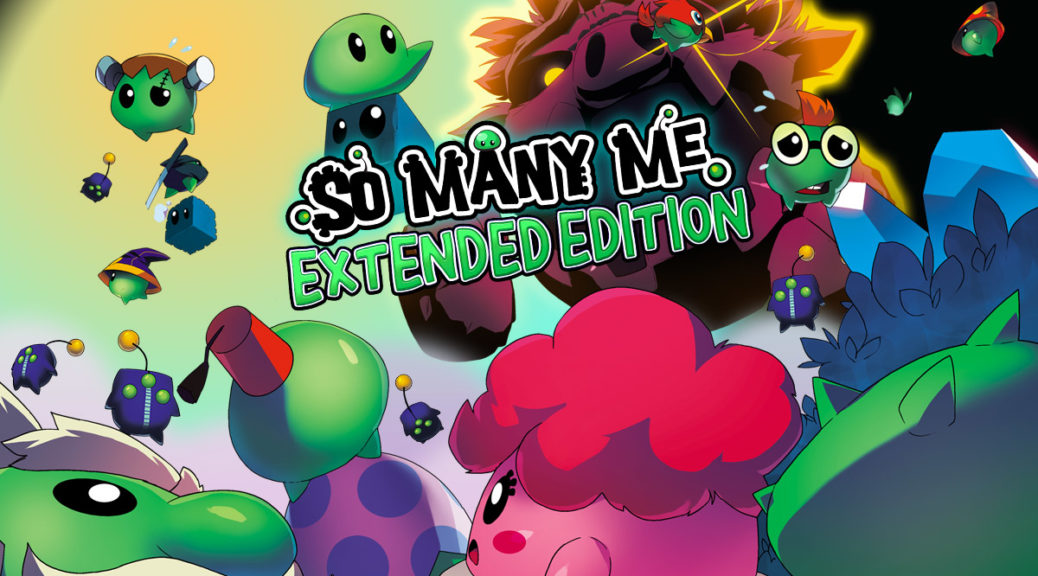 Need another booster shot of puzzle-platforming action on Nintendo Switch? Keep an eye out for this digital title launching soon!

Starcaster Games have confirmed that their game So Many Me: Extended Edition will be hitting the Switch eShop on 17 January 2020, for $14.99 USD. The game sees players taking control of the reluctant hero Filo – whom discovers the ability to clone himself!

This ‘extended’ release will also include previous expansions – such as the ‘Mystery of the Skulls’ and ‘Flora’s Untold Story’ content. Check out the official Switch trailer below!

The Award Winning So Many Me: Extend Edition is coming to the Nintendo Switch on January 17, 2020. Complete with remastered controls, and packed with Mystery of the Skulls and Flora’s Untold Story expansions.

So Many Me is a 2D puzzle platformer starring Filo and his band of misfit clones as they attempt to save a world threatened by an ancient, malevolent evil. Using their combined powers, Filo and his fellow Me must puzzle their way through a land of exotic creatures, devious traps, and evil minions.