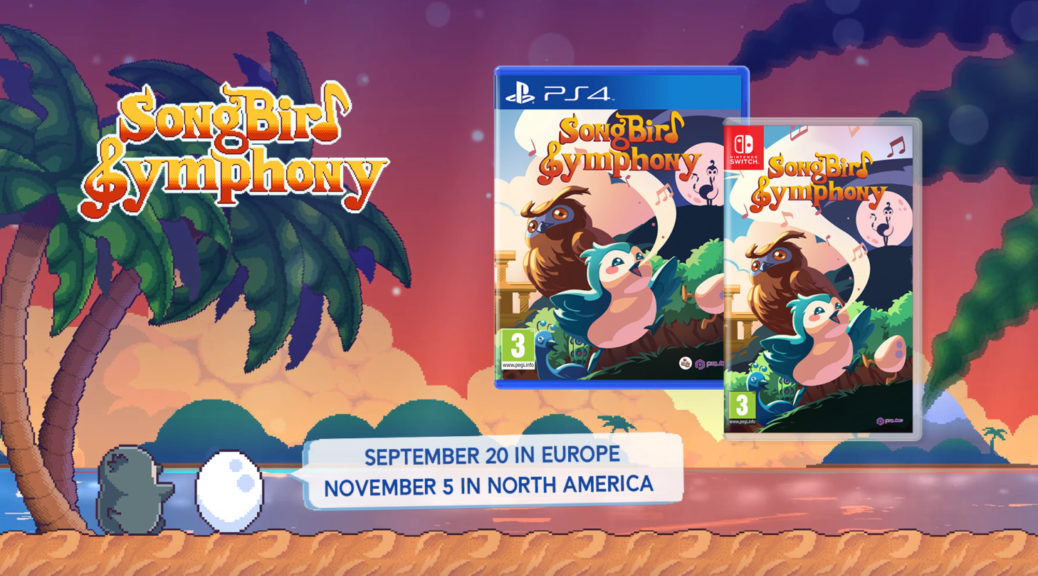 If you’ve been holding out on the amazing Songbird Symphony, you’ll soon be able to add it to your shelf instead!

PQube has confirmed that the game will be getting a physical edition in the west, following its digital release earlier this year. It will be hitting European retail shelves first on 20 September 2019, and head to North America stores a little later on 5 November 2019.

Along with this news, PQube has also released an accolades trailer for the game – which is receiving pretty widespread praise. Check it out below.

Songbird Symphony is out digitally on Nintendo Switch, PlayStation 4 and Steam. The physical edition will release on the 20th September in Europe and 5th November in North America. A playable demo is also available on the eShop, the PSN and Steam.