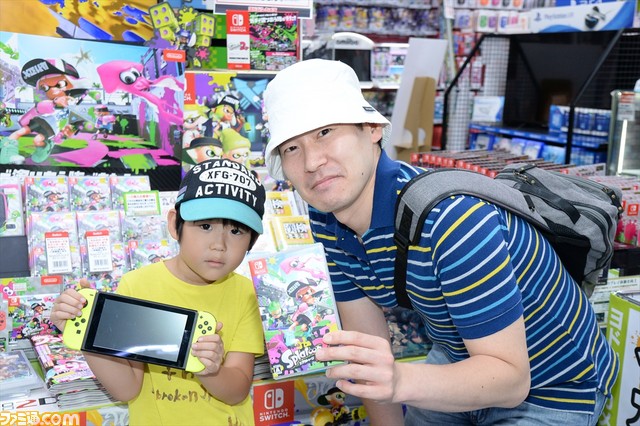 Yahoo News has published a shocking report on the state of how Splatoon 2 addiction is ruining families in Japan.

The report states that Splatoon 2 is an addictive game that has permeated throughout society. People of all ages and genders are hooked onto it, for better or for worse, thanks to its addictive gameplay.

Yahoo News cites several instances of Splatoon 2 addiction ruining families. The first example is a husband who’s addicted to Splatoon 2. Upon returning home from work, he plays Splatoon 2 from 7pm to 3am, about 8 hours a day.

Here’s where the trouble comes in – while playing Splatoon 2 for 8 hours in the living room, he will scream phrases such as “Paint him! Paint him! Paint! What are you doing?!”, “Kill him!”, loudly jeer, stamp his feet, and other acts that disrupt the peace in the house.

Ever since he’s started playing Splatoon 2, the family has trouble sleeping with all the noise. The eldest daughter finds her father’s addiction with Splatoon 2 a “strange disorder”.

Due to the noise and disruption, the wife has asked her Splatoon loving husband to “move to another room” as he’s “too noisy”. The husband angrily replies “I am the breadwinner of this house! Please let me play my games!” This repeats over and over every 10 minutes. The wife has given up all hope to improve the situation, and their daughter sleeps underneath multiple blankets and pillows.

The second example is a year 6 elemntary school boy who’s hooked on to Splatoon since he first played it on Wii U in 2016. He’s so good with the game that he rapidly rose to Rank S. According to the boy’ family, the boy loves the game so much that he plays it while having his dinner.

One day, the “usually quiet and obedient” boy was so engrossed and overwhelmed by a Splatoon match that he repeatedly screamed “Waaaa” and thrown the table across the room. After his parents strongly warned him about his behavior, the boy retreats to his room, shutting himself out from the world. The boy’s dad has banned the boy from playing Splatoon after seeing this mess.