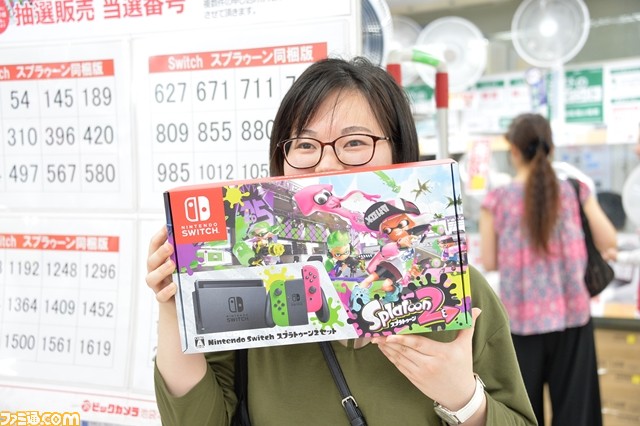 Splatoon 2 has set another milestone in Japan this week, having surpassed 2 million copies sold at retail across the country.

This officially makes Splatoon 2 the first game to cross 2 million physical copies moved at Japanese retailers in 8 years. Combining together digital sales, the milestone was reached a few weeks ago. The previous game to surpass 2 million copies was Wii Party, released in 2010.