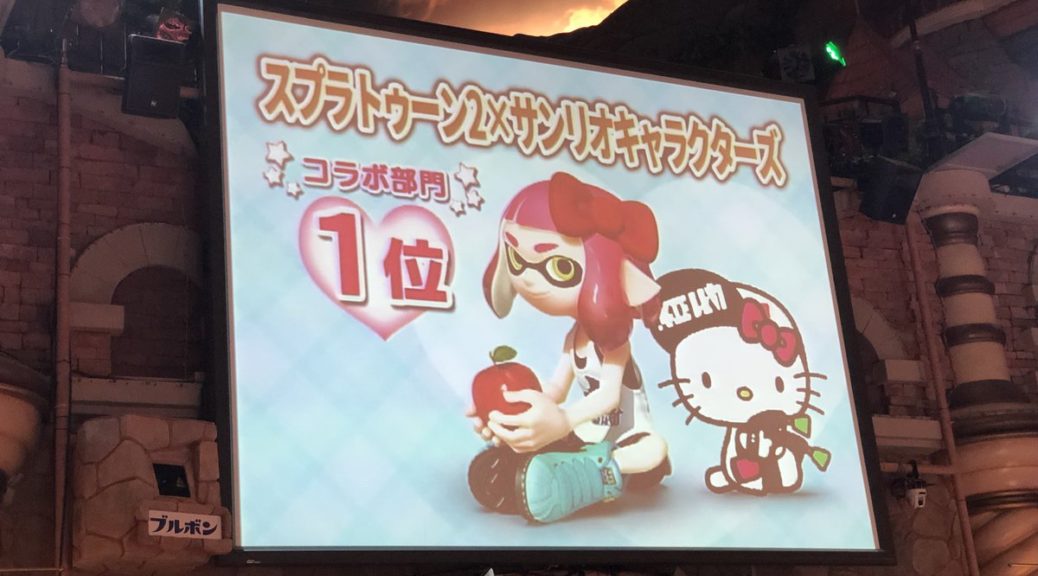 Splatoon 2 was the most popular choice in the collaboration category, Sanrio revealed. Nintendo and Sanrio worked together for a huge collaboration campaign in Splatoon 2, so looks like it paid off handsomely for both companies.

As such, there will be more Splatoon 2 X Sanrio collaboration merchandise released in Japan for a limited time. More details will be out when we have them.