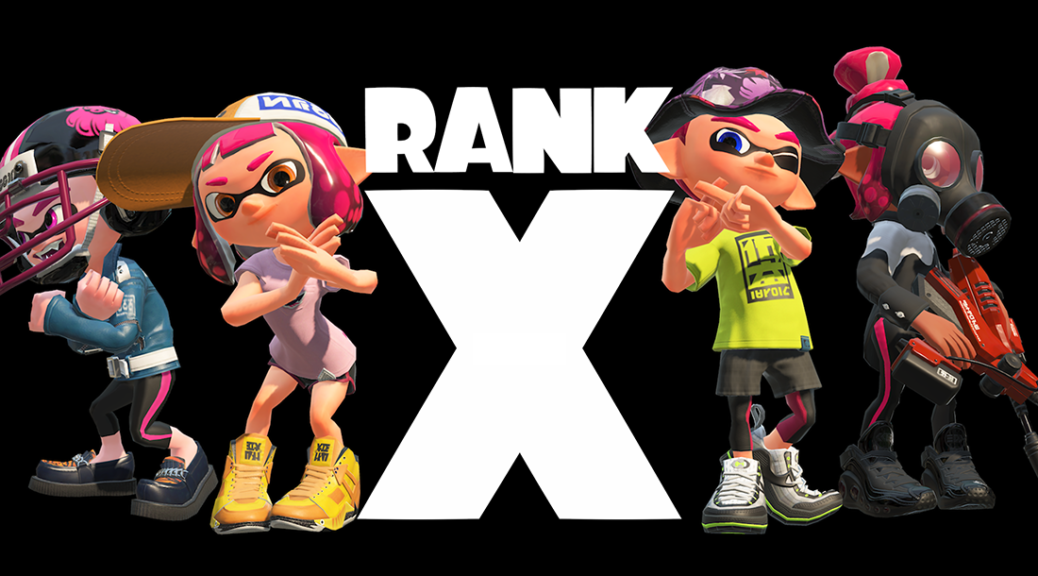 In the near future, Nintendo will be adding a new system called X Rank to Splatoon 2 matches.

According to Nintendo, X Rank is “an extremely challenging Ranked Battle experience targeting the best of the best players”. If you have a S+10 rank and above, you will qualify for X Rank in the future.

The new X Rank system will be implemented when the Version 3.0.0 update hits in late April 2018.

Full rundown on X Rank can be found below.

X Rank is an extremely challenging Ranked Battle experience targeting the best of the best players. Players who are S+10 and above in the current ranking system will be re-registered as X Rank. For reference, below is a breakdown of players across each rank (as of 2/20/2018):

※Because we rounded up from the hundredths decimal, the total may not be 100.0% exactly

About X Power and Ranking

Players who have ranked up to X Rank will battle for X Power rather than the Rank Meter. Players with similar X Power levels will be matched together even within the same rank of X Rank. Once a month, for each of the 4 different Ranked Battle modes, 500 players with the highest X Power will be announced on SplatNet 2.

Also on SplatNet 2, for each weapon, we will announce one player that had the highest X Power compared to other users of that weapon. This way, players can see others that use the same weapons they do.

Along with the monthly X Power reset, we anticipate the following changes:

Change in Weapon and Stage Additions

Up until now, new weapons have been added approximately once a week, but moving forward, it is more likely that a batch of several weapons will be added once a month.

Furthermore, stage additions are more likely to debut once a month at the time of the monthly reset.

Currently, over 20 stages are rotated across 4 different battle types in Ranked Battle mode. This allows players to enjoy playing a variety of stages, but it takes an extremely long time before a specific battle type and stage combination reoccurs. This may keep players from mastering their strategy and achieving even more high-level play.

After Ver.3.0.0, the Ranked Battle stage roster will be limited to 8 per battle type. Then, at the monthly X Power reset, the stage selection will refresh to a different set of 8.

Turf War and League Battle will retain all stages in rotation.

These changes will come into effect via Ver.3.0.0 scheduled for late April, 2018.

The first X Power reset is scheduled for May 31st.

After that, Resets will regularly occur on the final day of every month.

We’ve revised the system in hopes of encouraging players of all ranks to enjoy improving their play, as opposed to simply focusing on ranking up.

This change will only affect Ranked Battle, but Splatoon 2 is comprised of several additional modes including Turf War, Splatfest, and Salmon Run. We will continue to update and improve Splatoon 2 and we appreciate your continued support.