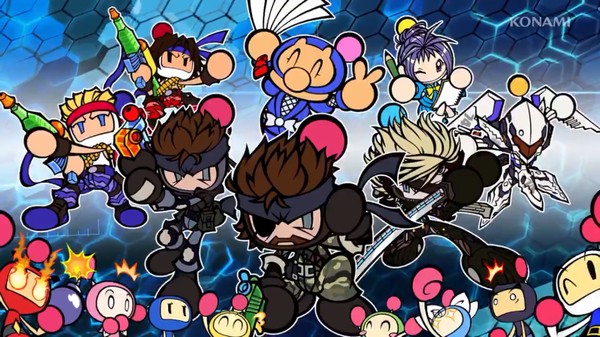 Konami has updated Super Bomber Man R bringing along a ton of new feature. Players can now enjoy a new rule within Grand Prix mode, and 3 types of Metal Gear Stages with this new update.

New characters are also available in the shop, including Solid Snake Bomber, Naked Snake Bomber, and Raiden bomber. You can read the full patch notes below or head on to Konami’s site here for more info.

The Grand Prix mode now has the new “Checkpoints” rule.

– 3 types of Metal Gear stages have been added for you to enjoy the Checkpoint rule.

– New accessories have been added.

-The rules for accomplishing a perfect in Grand Prix have been changed.
– In Crystal, a perfect is accomplished when you possess all the crystals in the stage for 15 seconds.

– Various other small bugs have been fixed.