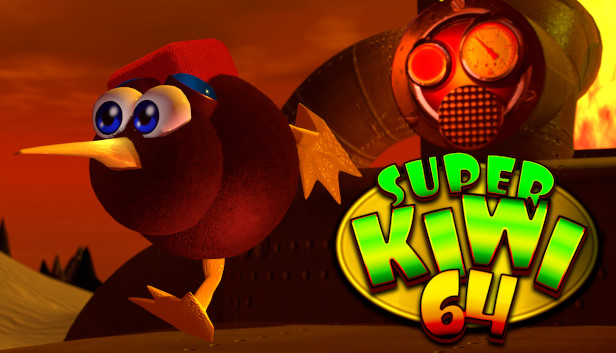 Hungry to enjoy some 3D platforming like the good old days? Well, this adorable project from Siactro may grant your wish later this year!

The developer has confirmed that Super Kiwi 64 will be heading to Nintendo Switch alongside Steam in December 2022. The game will see players in the role of an the titular Kiwi, as they jump, glide, corkscrew-attack and stick to walls to tackle low-poly worlds that harken back to the consoles of old.

Super Kiwi 64 is a 3D-Platformer and Collect-a-Thon, in a low poly late 90s console look.

– Low poly late 90s retro looks.
– Kiwi can jump, glide, corkscrew-attack and stick to walls in order to jump up almost every wall.
– The levels can be played in any order, and not every level needs to be finished in order to collect enough to reach the ending.
– Features a bird with a long beak!