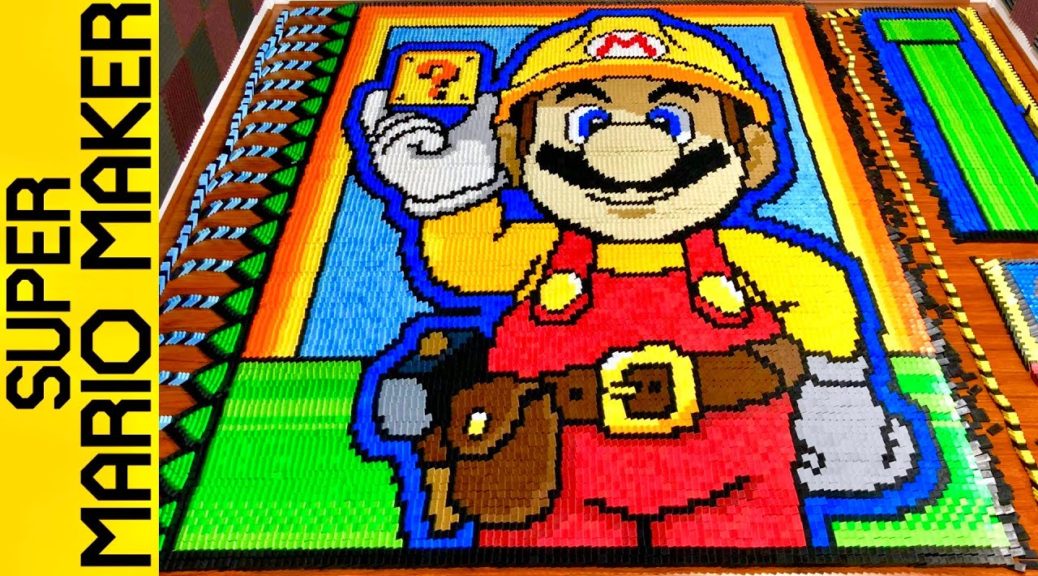 Mario is getting built a little differently today.

TheDominoKing has recently released a video featuring three different art styles from Mario Maker. He used over 120,000 pieces and it took him 2 months to complete it.

Super Mario Maker 2 just came out, so I decided to dedicate a video to the original Mario Maker. I made domino art out of 3 Mario Maker styles. Super Mario Bros, Super Mario Bros 3, and Super Mario World. I didn’t implement any new additions from Mario Maker 2, do to not knowing much during the making of the video. But hey, this just means I’ll have to make a part 2 in the future… For those that don’t know this is a screen link, which means that each clip is created on its own, then edited together to make it look like one long setup. Overall this video took around 2 months to make and consisted of 127,055 dominoes. As always I hope you enjoyed the video and if you did please like, comment, subscribe, and share this video anyway that you can, I greatly appreciate it.

What did you think about this video from TheDominoKing? Let us know below.