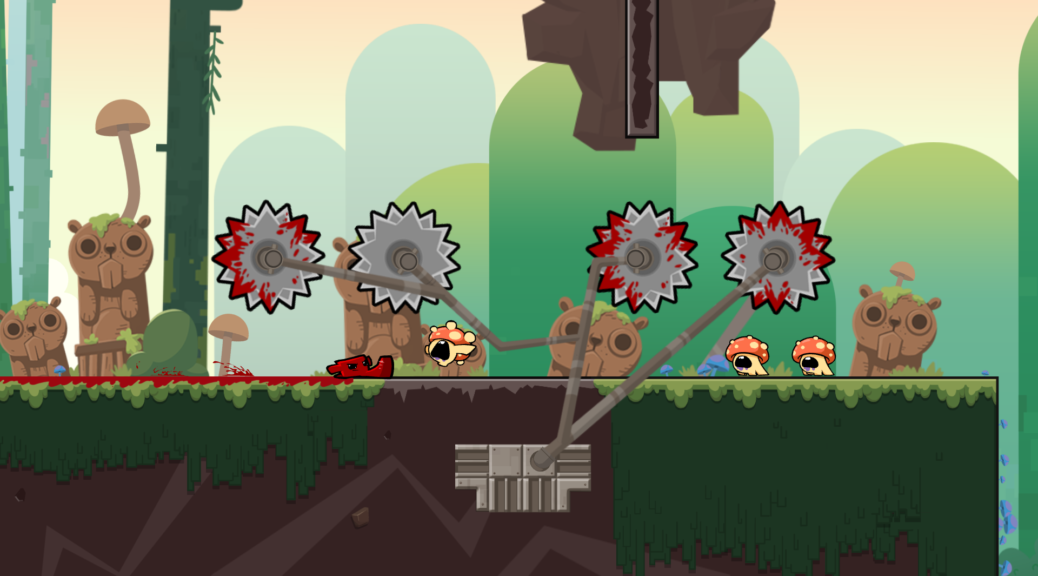 Refenes was asked what the “Forever” subtitle means in the game’s title. Refenes said as levels are randomly generated, players could play Super Meat Boy Forever… forever. Adding on to that element of randomness is the promise of increasing difficulty.

When asked whether the Nintendo Switch version would have any exclusive features, Refenes said all platforms will be shipped the same identical game. But, if a Super Meat Boy amiibo is ever created, that would obviously be exclusive to Nintendo Switch. We also learned that the Switch version runs at 60 frames per second and 1080p in TV Mode (720p in Handheld Mode).